Le Guildo Fortress is an impressive ruin that peaks above the village of Notre-Dame-du-Guildo on the Côte d'Emeraude.

The once mighty fortress commanded the estuary of the river Arguenon.

Following vile conflicts of interest, Gilles was dispossessed of his inheritance in favour of his brother, the future François de Bretagne.

Once made Duke, François got rid of Gilles by appointing him ambassador to the King of England.

The latter rewarded Gilles' services by granting him a comfortable pension.

This new wealth allowed the young Gilles to return to France in 1444 in order to recover social status.

He therefore kidnapped Françoise de Dinan (who was then a child) in order to marry her!

This marriage brought him the Barony of Chateaubriand and countless Breton fiefdoms including Le Guildo Fortress.

His new status gave him the audacity to request further land and property from his brother.

Gilles therefore returned to the Court of England to pledge allegiance to King Henry VI and put his fiefdoms at his disposal.

English archers landed near Le Guildo Fortress in 1445 in the midst of the Hundred Years War!

Gilles was consequently arrested in 1446 on charges of treason and imprisoned on the orders of his brother.

His possessions, including Le Guildo Fortress, were confiscated and attached to the Duchy of Brittany.

The assembly of notables and members of the Breton clergy, however, refused to get involved during his trial.

Gilles was transferred from prison to prison until 1450 when his jailer strangled him! 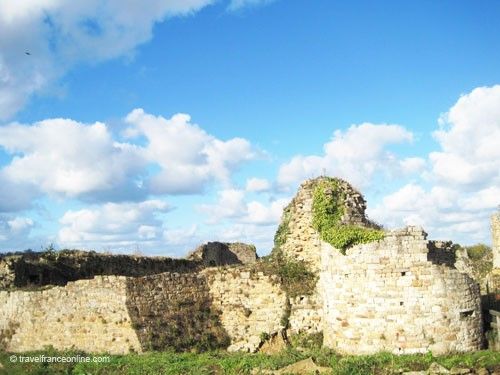 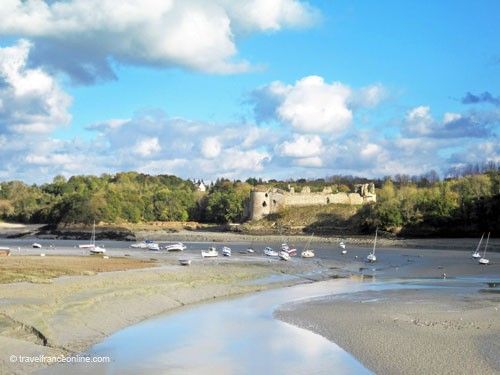 Fortress and marina at low tide

The marina of Saint-Cast-Port-Armor was inaugurated in 2009 at the mouth of the Arguenon, below the ruins of the fortress of Gilles de Bretagne.

N.B. Access to Le Guildo Fortress is a bit tricky when coming from the marina; you indeed have to drive up a twisty and narrow village lane - Rue du Vieux Château.

However, it's easier if you arrive from La Ville Gicquel - La Queurie.

There's a car-park but the ruined castle is not always open to the public. 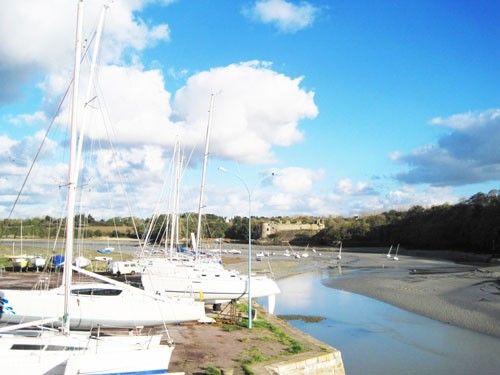