The Ecole Militaire is a prestigious military Academy for officers.

It is located opposite the Champ-de-Mars, its former parade ground.

The construction works lasted over three decades due to the lack of funds.

The Ecole des Cadets Gentilhommes (Gentlemen Cadets' school), as it was initially known, eventually opened in 1777.

The military academy's purpose was to train 500 young modest or orphaned noblemen as soldiers.

However, these young men had to prove their four degrees of nobility through their fathers in order to be admitted.

One of them was Bonaparte, the future Napoleon I, who trained there as a lieutenant of Artillery in 1784-85!

The academy closed in 1787, two year before the French Revolution.

It became a munitions depot, a storage-hangar for wheat and flour and was eventually converted into barracks.

This led to the construction of several new outbuildings.

These gave the Ecole Militaire its modern day appearance, namely a large rectangle of 440m by 260m.

Finally, renovation and additional extension works took place from 1856 to 1865. 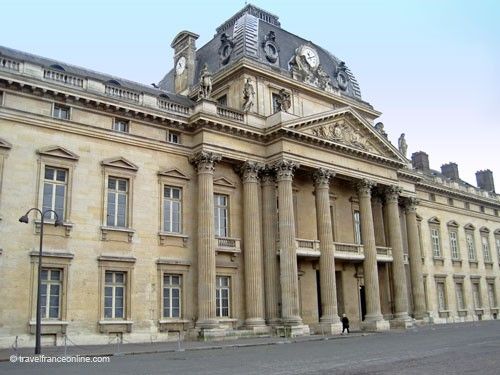 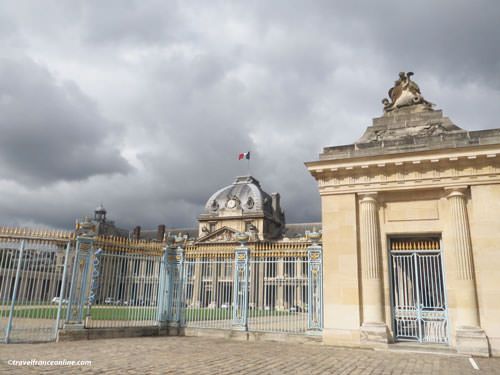 The buildings were definitely returned to their military purpose in 1878 with the opening of the Ecole Supérieure de Guerre then the Centre for Advanced Military Studies in 1911.

The château, the academy's central building, is a masterpiece of 18th century Classical architecture.

It boasts a stunning quadrangular dome, an architectural feature reminiscent of the Louvre's.

Corinthian columns and a triangular pediment topped by a dome adorn the two-storey facade that overlooks the Champ-de-Mars.

The Hall of Honour, the library, reception halls and stairways are outstanding.

The Chapelle Saint-Louis is dedicated to Louis IX, the patron saint of the French armies.

The chapel suffered was converted into an ammunition depot during the French Revolution and suffered heavy damage.

However, it was restored and returned to worship in 1952.

Abandoned during the Revolution, it also served as a warehouse for decades.

Restored and transformed in 1945, it has since served as the officers' mess. 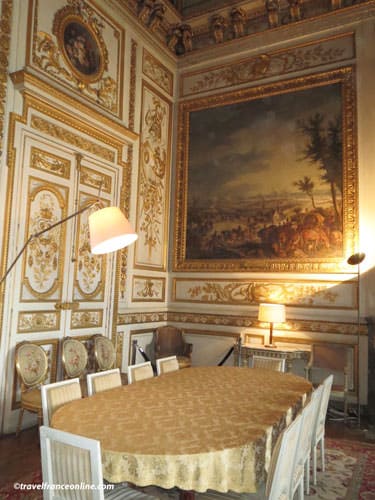 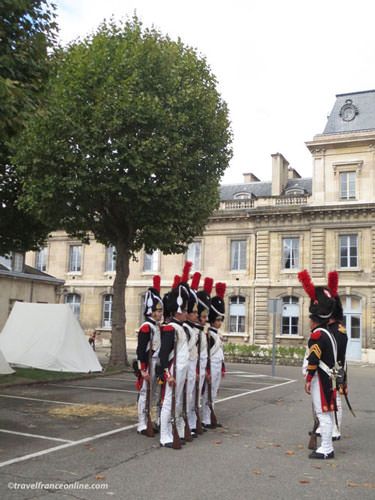 Historical re-enactment in the Ecole Militaire 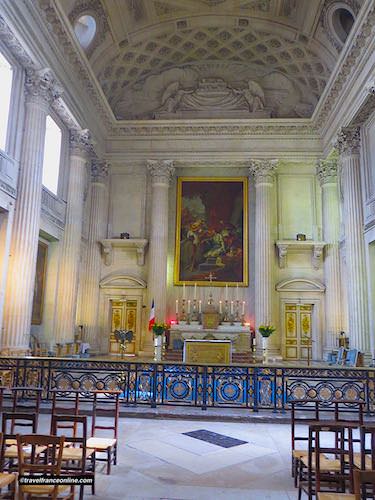 The Centre for Advanced Studies of Arming (CHEr), the Defence Intelligence College and the Delegation for Information and Communication of Defence which was founded in 1998.

The Institute of Advanced Studies of National Defence (IHEDN) is a public body under the authority of the Prime Minister the Centre of Advanced Military Studies CHEM (founded 1952). 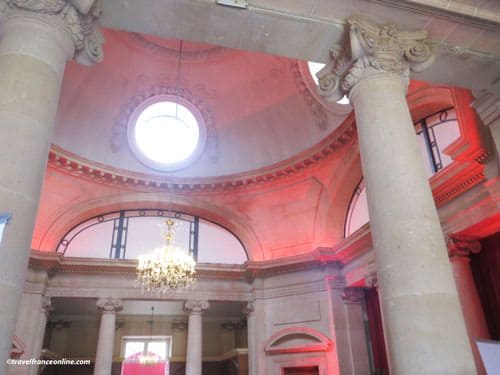 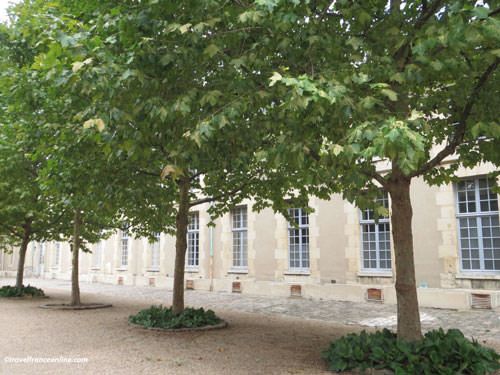