Chateau de Montsoreau - the setting of a novel by A. Dumas

The Chateau de Montsoreau caught public attention in 1846, after the publication of the novel La Dame de Montsoreau, by Alexandre Dumas.

The heroine was Françoise de Maridor, Countess of Montsoreau.

Her jealous husband eventually discovered she was having an affair with Louis de Clermont d'Amboise.

He forced his wife to meet Louis de Clermont d'Amboise in the  Château de la Coutancière, where he had him assassinated!

After this tragic event, Françoise de Maridor returned to Montsoreau, where she happily spent the rest of her life with her husband...

A fortress at the confluence of the Vienne and Loire rivers

The Count of Anjou Fulk Nerra built the original Castrum Monte Sorello in the 11th century in the bed of the Loire, at its confluence with the Vienne.

It was then a strategic and military point, but also a toll point on the Loire!

In 1450, the adviser to King Charles VII indeed buit a French Renaissance castle on the foundation of the fortress.

The new mansion boasts a superb facade with large mullioned windows, while the interior was embellished with 25 superb fireplaces, a vaulted  hall and a tower-staircase to name a few.

Chambes and his descendants accommodated several kings and queens in the Chateau de Montsoreau.

Louis XI indeed sojourned there in 1471, Anne de Bretagne and his daughter Claude de France in 1505 and Francois I in 1508!

The Chateau de Montsoreau remained the property of the influential Chambes family until the early 16th century.

René de Chambes was indeed sentenced for tax evasion and exiled in England for the rest of his life!

As a result, the castle began to slowly fall into ruins.

Rehabilitation of the Chateau de Montsoreau

It was sold after the French Revolution.

Severely damaged by 19 successive careless owners, it was eventually transformed into an ammunition depot and divided in individual lodgings!

By the mid-19th century it was in a pitiful state of disrepair!

Its spectacular ruins, however, were a fantastic subject for the great painters of the time such as Turner and Rodin.

Finally, the department of Maine-et-Loire purchased it in 1910 and began a long rehabilitation program that spread from 1923 to 1997.

The Chateau de Montsoreau was open to the public in July 2001.

It was transformed into a museum of contemporary art in April 2016.

Its terraces, which peak some 30m above ground level, boast prime views of the confluence of the Vienne and Loire rivers.

They also overlook the village of Montsoreau, which is ranked among the Most Beautiful Villages of France. 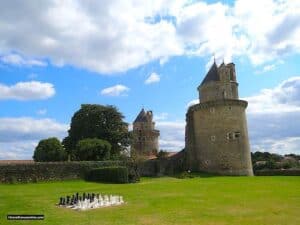 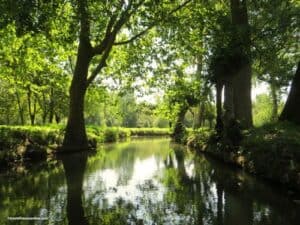 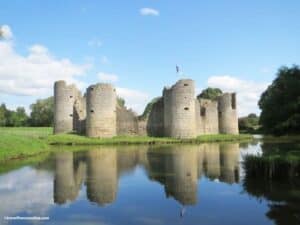 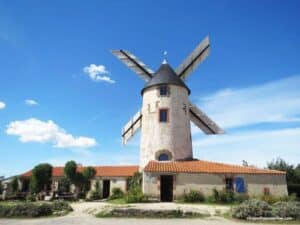 Moulin de Raire in Sallertaine, a windmill that has constantly turned and been exclusively powered by the force of the wind since its construction in 1555
Continue Reading
Translate »
Scroll to Top