It's right in the heart of the historic Marais and on the north side of the prestigious Hôtel-de-Ville of Paris.

This iconic department store was long known as Bazar de l'Hôtel-de-Ville or BHV.

It was renamed BHV Marais when the Galeries Lafayette Group bought it in 1991.

It has a long and interesting history!

The Bazar-de-l'Hôtel de Ville - BHV Marais has indeed undergone drastic changes since its foundation in 1855. 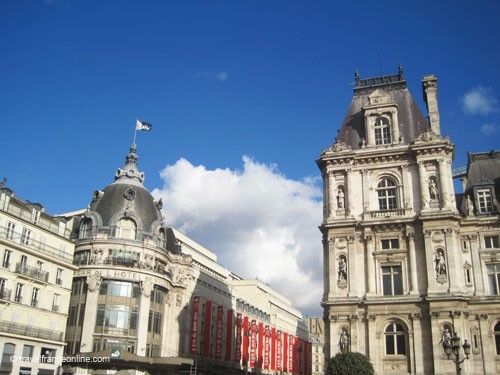 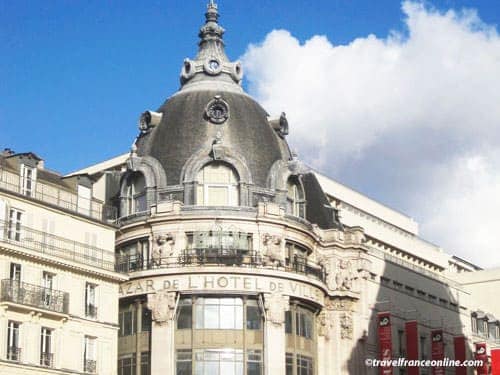 Xavier Ruel, the founder of the Bazar Parisien

The man at the origin of the iconic store was the ironmonger Xavier Ruel, who started as a street seller.

A shrewd businessman, he soon worked out that his business thrived in the vicinity of the Hôtel-de-Ville.

This (once) working class area indeed provided a constant flow of modest customers on the lookout for affordable products.

Ruel therefore leased the ground-floor of a building located at no57 rue de Rivoli.

He founded the Bazar Parisien, a store 'where one could find everything'.

Indeed, Ruel had not only opened counters with fixed-price products, but had also implemented advertised sales and promotions.

This concept was quite innovative at the time.

Ruel was a true business man but also a philanthropist.

He was indeed one of the first employers to introduce social benefits and welfare for his staff.

It seems that Ruel was born under a lucky star; not only did he become very successful, but he also 'landed' in the good graces of Napoleon III.

The story goes that the Emperor rewarded him with large sums of money for saving the life of Empress Eugenie during a traffic accident.

Ruel had indeed managed to calm and stop the runaway horses that pulled her carriage.

This unexpected windfall of money allowed Ruel to expand his shop, which he renamed ... Bazar Napoleon.

Building on his success, he rented the whole 3-storey building in 1866.

He also wisely changed the name of his store into Bazar de l'Hôtel-de-Ville after the destitution of Napoleon III in 1870.

However, the current store dates from 1913.

This was indeed when the architect Auguste Roy built the iconic store and its magnificent rotunda that overlooks the Rue de Rivoli.

How not to be charmed by its Art Nouveau architecture?

The building is actually a superb illustration of the architecture of the early 20th century.

Metal structures were then concealed with cement, plaster and stones.

The store's foundations were also specifically designed in order to avoid water leakage from the nearby Seine.

The Bazar de l'Hôtel-de-Ville - BHV Marais enjoyed a new era of prosperity after WWI when consumption resumed after four long and horrendous years of war.

A middle-class clientele joined the modest customers who had been at the origin of the store’s success.

The boom of the Roaring Twenties resulted in the opening of new departments devoted to domestic appliances.

These remained the flagship departments of the Bazar de l'Hôtel-de-Ville - BHV Marais for the following decades.

They indeed largely contributed to the popularity of the venerable store !

The Galeries Lafayette Group purchased the Bazar de l'Hôtel-de-Ville in 1991.

The store underwent further transformations in the following years in order to adapt to the changing needs of a Parisian, but also foreign clientele.

Many regret that the iconic Bazar de l'Hôtel-de-Ville was converted into a luxury store that caters to affluent and trendy customers on the look-out for 'different' items!

The BHV Marais is spread over 8 floors.

Fortunately, the basement is still dedicated to DIY and hardware.

This original featured products made the store’s reputation and attracted generations of customers in search of 'the' special tool or item they could find nowhere else.

The ground floor and 1st floor are dedicated to women.

The 2nd to arts and crafts, the 3rd to culinary arts, the 4th to arts and decoration of the house and the 5th to toys.

Finally the 6th floor is a huge food court with additional - and conveniently placed! - space dedicated to household items.

The BHV Hommes (men) was opened at no36 Rue de la Verrerie; this street is parallel to the Rue de Rivoli and at the rear of the main building.

The BHV Marais opened also additional specialty shops outside Paris and in Lyon.

Any 'true' Parisian has spent hours on rummaging in the DIY basement department of this venerable institution.

What would they have done without their dear Bazar de l'Hôtel-de-Ville - BHV Marais!

Ask them what they think and they’ll tell you that it is more than a department store, it is a veritable Aladdin's cave, a true institution... almost a National Treasure.