Rodin’s Thinker thinks in the Metro

Two reproductions of his statues are indeed exhibited on the central platform (the rail lines are side by side).

You will recognise The Thinker, undoubtedly Rodin’s most emblematic work, as well as a statue of Honoré de Balzac, also famous.

The station’s general decor is understated, white tile walls and black floor, to showcase them. 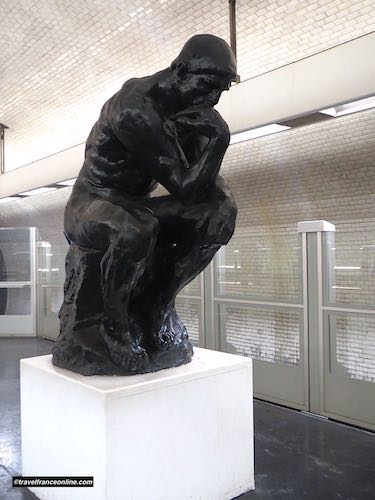 The Thinker by Rodin 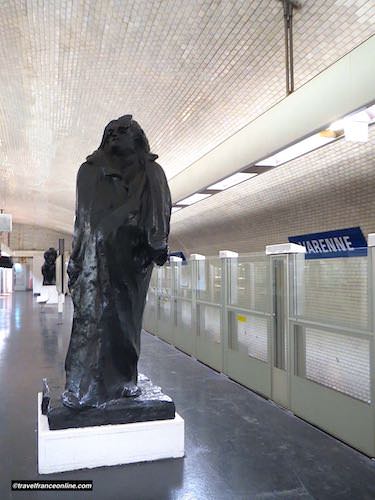 The station opened in 1923 and was named after the Plaine de la Garenne.

La Garenne naturally became one of the royal hunts in the Middle-Ages, and the name evolved in varenne over time.

The farm was pulled down in the mid-18th century and the land recovered to build the Ecole Militaire and the Hôtel Royal des Invalides.

An aristocratic district developed around them and along the road that led to the Château of Versailles where Louis XIV had just moved.

Haussmann’s renovation of Paris in the mid-19th century led to the destruction of some of these mansions to open new streets and avenues. Those that escaped demolition are today home to foreign embassies, consulates and French official buildings.

Among them is the Hôtel de Matignon, the official residence of the Prime Minister in Rue de Varenne, next door to the Rodin Museum-Hôtel de Biron.

Other sites of interest near Varenne Metro station?