St Pierre Toirac Church is located in a tiny fortified village, some 15kms south-west of Figeac.

Despite its size, the village is a true architectural treasure.

It is indeed still protected by its original enclosure and is accessed by a beautifully restored gate.

Tradition has it that a priory and its chapel were built in 889 on land given by the Bishop of Rodez to the monastery of Saint-Sauveur in Figeac.

A dozen of stone sarcophagi are now exposed in situ outside, in the chapel former cemetery. 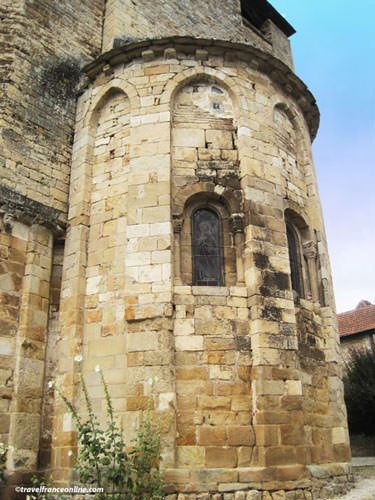 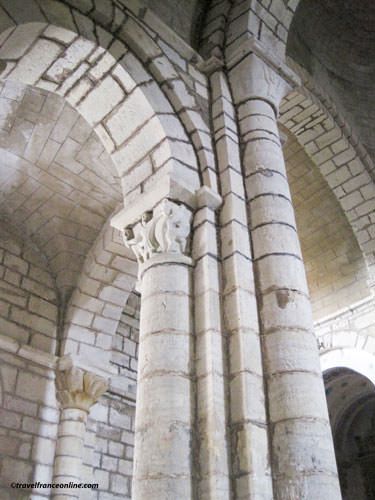 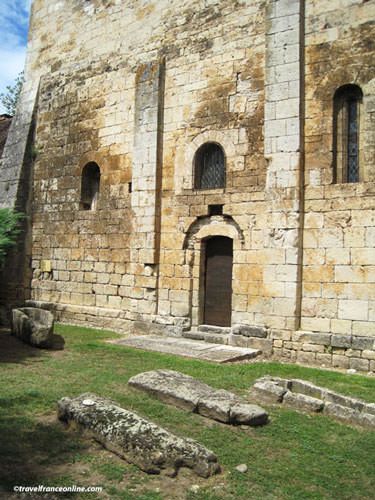 It was built in the late 12th century or early 13th century and was fortified during the 14th and 17th centuries.

St Pierre Toirac Church is therefore considered one of the finest examples of mixed architecture -Military, Romanesque and Gothic.

The only decorative exterior feature is a section of the original Romanesque tympanum which was affixed next to the 17th century Neo-classical portal.

It represents Samson slaying the lion with an angel on his right.

The interior, however, is in complete contrast and boasts a wealth of Romanesque sculpture.

The beautiful capitals are decorated with interlacing patterns, angels, people, plants and flowers.

These features are indeed a perfect illustration of Romanesque art at its best.

They enhance the Gothic ribbed vaults and the beautiful stained glass windows.

It is really worth the detour! 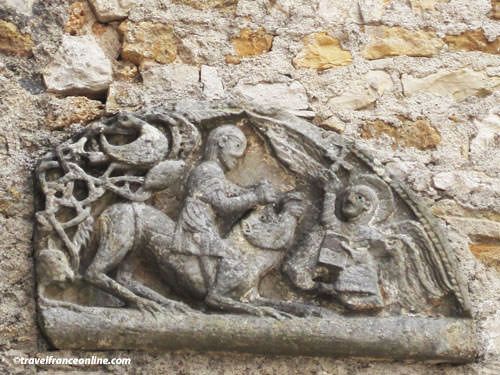