The Sorbonne College was founded in 1257 and the first chapel built in 1326.

The Sorbonne was a set of dilapidated buildings that encompassed the old chapel when Cardinal Richelieu (King Louis XIII's chief minister) became rector in 1622.

Richelieu commissioned the architect Jacques Lemercier with the construction of a new college.

He laid the first stone of the chapel in 1635, but construction was not completed until 1642, the year of his death. 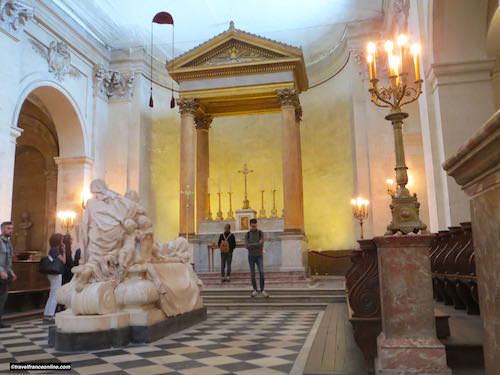 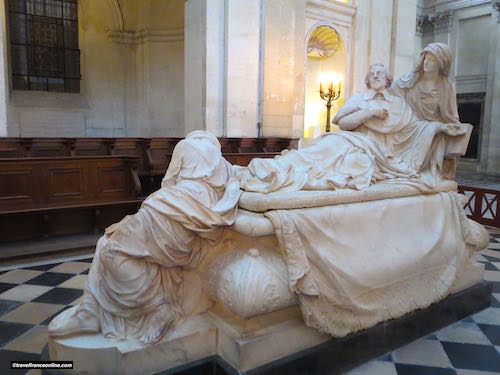 The chapel is a masterpiece of 17th century Classical architecture, a successful blend of Renaissance and Baroque architectural features.

Lemercier designed a central plan style chapel with an elegant cupola that showcases its Baroque facade.

Four lateral chapels frame the chancel and the tomb of Richelieu in its centre.

Quite compact, it has two entrances and two altars facing them.

The chapel was badly damaged at the French Revolution, but some of the interior decorations by Philippe de Champaigne escaped destruction.

Among these are the cupola’s 8 windows that light up the sculpted pilasters and friezes that embellish the bare stone walls and the 4 medallions that represent the 4 doctors of the Faith (St Jerome, St Ambroise, St Leon and St Augustin).

Richelieu’s coat of arms can be seen on the original stained glass windows, but also on the 4 pendants added during the reconstruction of the Sorbonne in the 19th century.

These illustrate the 4 new faculties: Literature, Science, Law and Medicine.

Finally, the organ which dates from 1825, is considered one of the finest of its time. 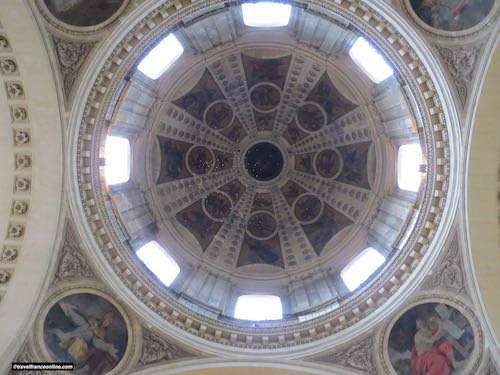 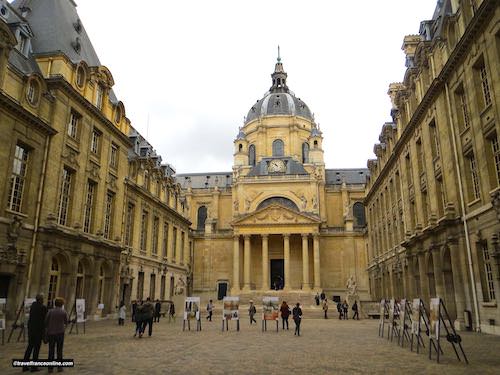 The mausoleum of Richelieu

Richelieu’s remains were placed in the Chapel of the Virgin crypt until Girardon completed his tomb in 1694.

Girardon represented Richelieu alive, dressed as a cardinal and in a semi recumbent position; an allegorical sculpture of Piety supports him while an allegory of Science, seated at his feet, mourns.

According to tradition, a red Cardinal's hat hangs above the mausoleum.

Indeed many of the cardinal’s relatives were also buried in the family vault in the Chapelle de la Vierge crypt.

There are no less than 27 of them, including the last Duke of Richelieu (you can see a sculpture of the duke in St Joseph Chapel, one of the 4 lateral chapels).

On November 11, 1947 the remains of the 10 masters and 2 students of the Sorbonne who died for France during WWII were placed in the crypt.

In 1952, an urn containing the ashes of 4 of the Five Martyrs of Buffon College who were executed on February 8, 1943, was added.

A commemorative marble plaque with a receptacle for the memory flame is affixed to the floor.

The rector of the academy and the presidents of universities of the Sorbonne commemorate each year the ceremonies of November 11 and May 8 in the crypt. 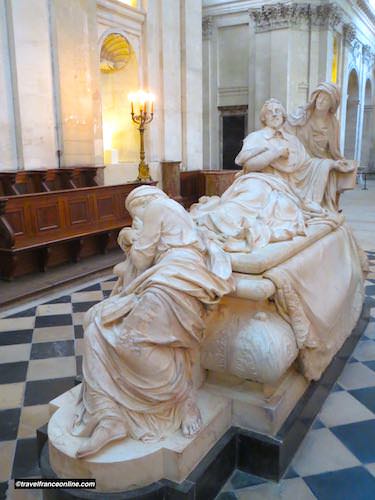 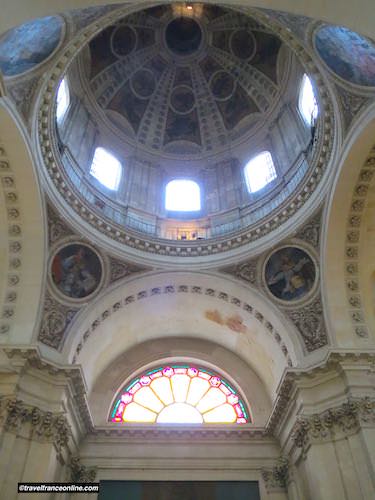 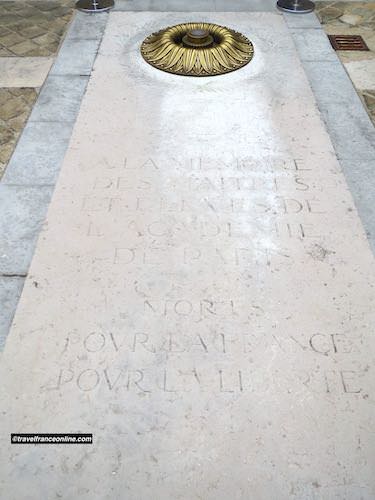 Commemorative slab dedicated to the Sorbonne masters and students

The chapel in the turmoil of the French revolution

The Sorbonne Chapel was severely damaged at the French Revolution.

It was looted from its statues, paintings and religious objects and the mausoleum broken as it symbolized Richelieu and his political absolutism.

Worse, the graves of Richelieu and his relatives were desecrated and the bones were thrown into a mass grave.

The building was in such a state of disrepair in the mid-19th century that the architect Ninot thought of converting it into an amphitheatre, a study-room or even destroying it when he built the current college.

He fortunately changed his mind and the chapel was declared a Historical Monument in 1887. 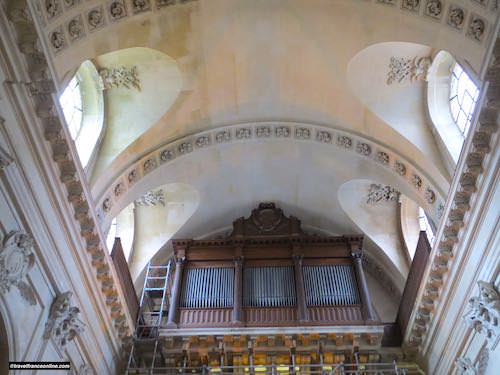 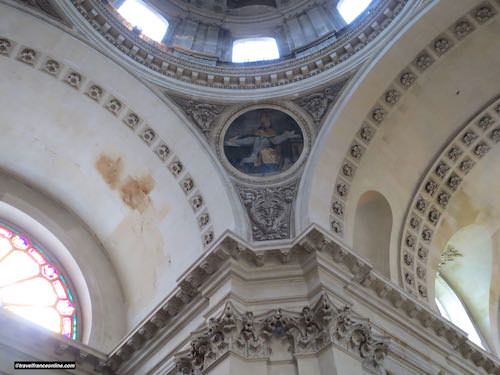 One of the four 19th century medallions

The celebration of an anniversary mass, which Richelieu requested in his will, took place until the Revolution.

The chapel was reopened for worship on and off until the late 20th century, especially after the Law of Separation of the Churches and French State of 1905.

In 1921, the Council of the University of Paris decided to reinstate the celebration of an anniversary mass each December.

Religious worship was also re-established in the inter-wars after the signature of an agreement between the cardinal's descendant and the French state.

However, in 1957 the Paris Administrative Court decided in favour of the total disaffection of the chapel.

The anniversary mass was canceled in 1969, but took place well into the 1980s.

However, the building’s state of degradation was such, that it was then definitively canceled.

The Sorbonne Chapel was completely restored from 2004 to 2010 and can be visited (as the Sorbonne College) each September during Journées du Patrimoine - Heritage Days.