Pont des Invalides, the lowest of the Parisian bridges

The turbulent history of the Pont des Invalides

The Pont des Invalides is not only the lowest of the bridges spanning the Seine in Paris, but it is also a bridge with a rather eventful history!

It owes its name to the Hôtel des Invalides, although it does not serve the monument, but rather because it was originally built in alignment with it, where the Pont Alexandre III today is.

It indeed started as a metal suspension bridge with no support point, a fairly avant-garde technique for the 1820s!

Unfortunately, this suspension bridge was demolished before being put into service because of the resulting collapses.

A new three-arch suspension bridge (with two 20m high porticoes) supported by two piers was built downstream and put into service in 1829.

Once more bad luck struck, as its unstable structure led it, only 20 years later, to have regulated access and it was demolished in 1854.

A new bridge was hastily built for the International Exhibition of 1855.

The engineers in charge of the project re-used the two existing piers, however, added a third central pile to support the masonry structure.

Despite this, the bridge subsided by nearly 30 cm within 20 years!

Then ice break-up during the winter of 1880 damaged two arches which were quickly rebuilt the same year.

The good news is that the stability of the bridge has remained constant ever since, despite the widening of its sidewalks in the 20th century! 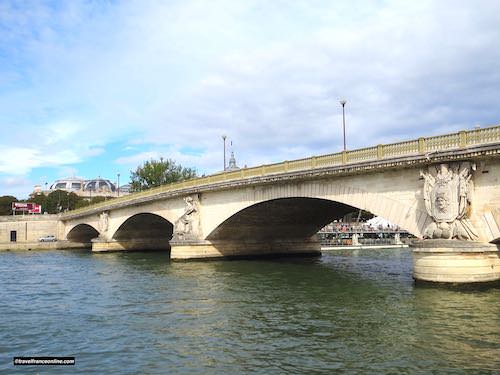 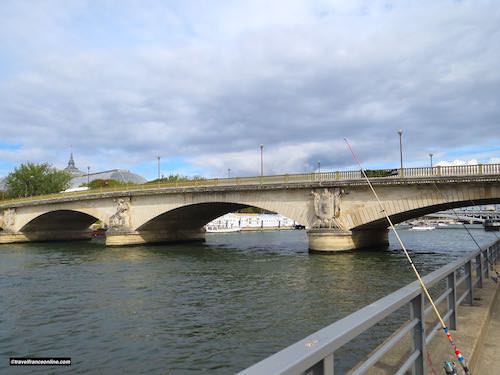 Finally, Bosio (who contributed to the sculptures on the Arc de Triomphe) sculpted the military trophies with imperial weapons which decorate the two original piles.

The Pont des Invalides is a very elegant bridge which you can admire from the quay on the left bank.

It’s quiet and peaceful, and seems to be the meeting point of regular anglers.

And if you are as lucky as I was, you’ll be able to admire a superb three-masted schooner moored by the bridge...

What a lovely sight it was! 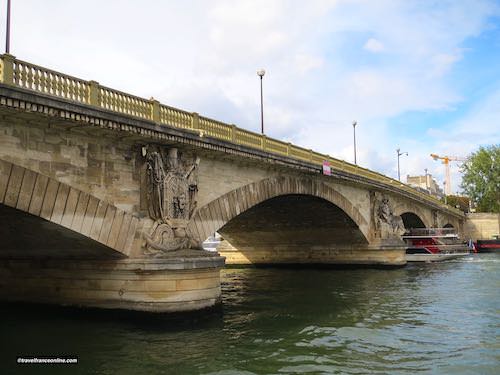 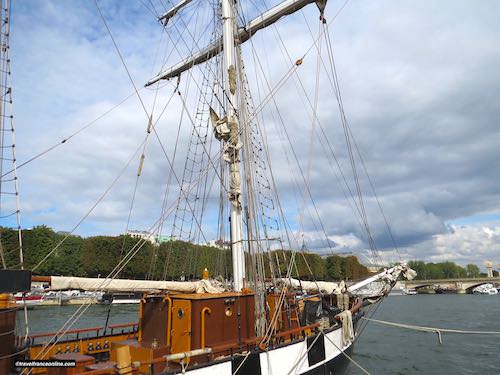