La Pointe du Grouin is a rocky spur, wild and swept by the sea spray, that juts into the Channel.

Located on the territory of the fishing port of Cancale, it marks the entrance to the Baie du Mont Saint-Michel.

It is also the westernmost spur of Ille-et-Vilaine department.

These stretch from Cap Fréhel in Brittany to Mont Saint Michel and Granville in Normandy, but also the Chausey Islands offshore.

A trail, practicable only at low tide - adventurous explorers beware! – leads down to a cliff shelter.

The Ile des Landes is located along the north side of La Pointe du Grouin.

This ornithological reserve is mainly home to silver, brown and marine gulls, cormorants and crested cormorants.

The narrowness of the Chenal de la Vieille Rivière, which delineates the island from the Grouin, produces impressive currents!

This is indeed where you can witness the strongest tides in Europe, when ‘the sea rises at the speed of a galloping horse’, as Victor Hugo wrote. 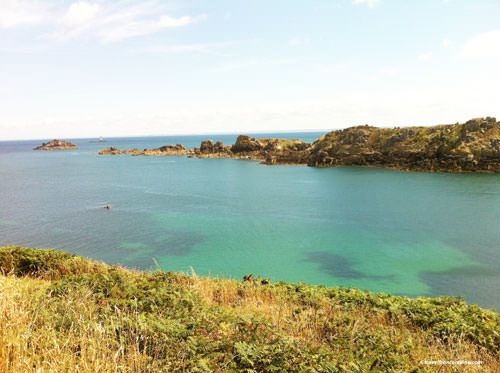 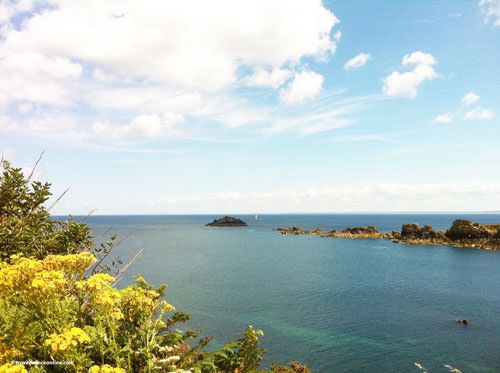 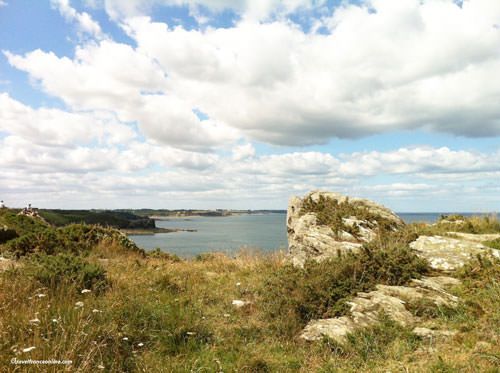 These currents, as well as the many marine reefs, make navigation quite dangerous!

The lighthouse was therefore built offshore of the Ile des Landes in order to monitor the passage of boats on the open sea.

The five-storey lighthouse was inaugurated on October 1, 1882.

The departure of the Route du Rhum takes place off of the Pointe du Grouin.

This prestigious race, that takes place every 4 years as you know, ends in the French West Indies.

The Pointe du Grouin is a land of granite and schist, with sheared relief shaped by tectonic movements.

This wild land is also part of the protected natural sites of the Côte d’Emeraude.

It boasts a varied and rich vegetation, which includes many species adapted to the salty environment (alophyle plants).

In 2000, the General Council of the Ille-et-Vilaine purchased La Pointe du Grouin Semaphore; it has managed and maintained the site since.

The semaphore is open to the public and serves as a permanent exhibition hall dedicated to the preservation of the natural sites of the Côte d'Emeraude.

A former German bunker, located beneath the Semaphore, also serves as exhibition hall.

Indeed, the exceptional situation of the spur led it to be part of the Atlantic Wall during WWII!

Finally, the Society for the Study and Protection of Nature in Brittany provides naturalistic animation during the summer; this allows visitors to observe the breeding birds of the Ile des Landes.

How to get to Pointe du Grouin?

You can cycle, walk or simple drive there!

That said the car park is relatively small, however, you can still park alongside the road.

The other option is to have a meal  at the Hotel-restaurant La Pointe du Grouin (excellent place!) and use their private parking.

Several trails then lead you from there to the various parts of La Pointe du Grouin!