Pleslin Trigavou is a small town nestled on the west bank of the estuary of the River Rance, a few kilometers from Dinard.

It could go completely unnoticed, until you discover that it is the site of the 3rd most important megalithic site of Brittany!

The Champ de Roches (Field of Rocks) is indeed a splendid alignment of megaliths erected between -6000BC and 2000BC by pre-Celtic people.

It is also known as Cimetière des Druides (Druids' Cemetery) and Rochers (Rocks).

It consists of 65 menhirs or standing stones of white quartz aligned in five rows orientated east-west as in Carnac.

The megaliths were initially standing.

However, 55 are now lying and make the site resemble a field of rocks.


The tallest menhir is 3.5 m tall and is still standing up.

The longest alignment is 97m!

However, the purpose of these megaliths alignments has remained an enigma to this day.

Some think their number, orientation and topographical arrangement could have been associated with an ancient Cult of the Dead.

Others believe that they could have been part of a huge system of astronomical measurement, record-keeping and prediction.

Brittany is indeed considered the centre of megalith constructions of the Neolithic era.

It is known as the core area of the megalith culture.

Pleslin Trigavou seems to have been a major site during the Neolithic. 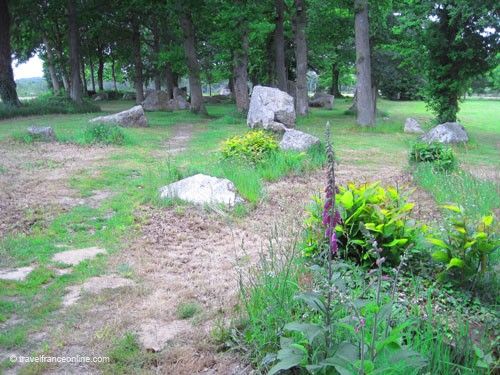 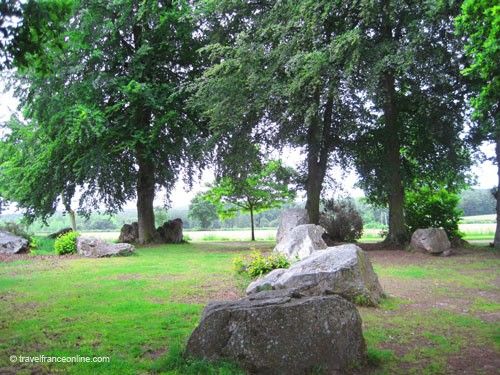 The Celts settled in Brittany during the 5th century BC and found the megaliths, but no trace of those who erected them.

The mystery prevailing around their origin was an excellent opportunity to convert the site into a sacred ground in order to communicate with the supernatural and the Other World.

They also planted oaks as these trees were sacred in Celtic mythology.

Various oak species were replanted several years ago in order to recreate the setting of the original site.

Some trees have even rooted between the megaliths.

Countless Roman coins dating from the 1st to 5th century AD were found among the megaliths.

This suggests that the Champ des Roches might have been re-used as a necropolis during the Roman occupation.

The origin of the megaliths, but also of those who erected them was lost in the mists of time and therefore triggered the appearance of many legends.

One of these legend tells that the fairies who carried stones to build the Mont St-Michel were so exhausted by the weight of the large blocks that they dropped them over Pleslin Trigavou. 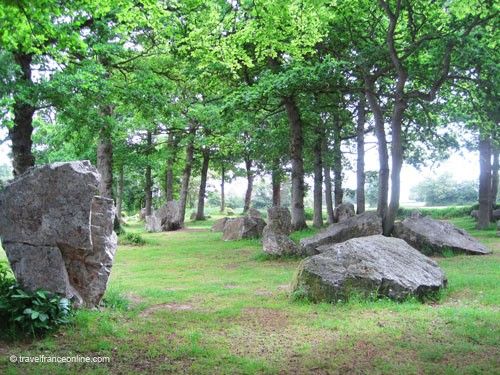 Some megaliths are still standing 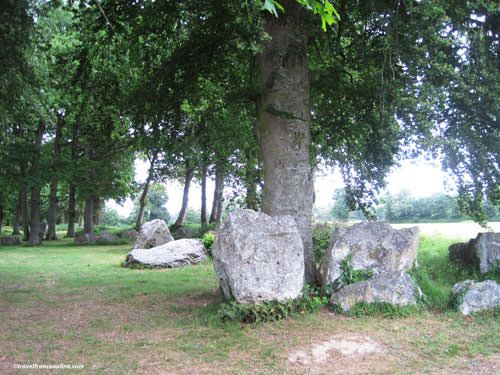 Oaks growing among the megaliths

Pagan legends and myths remained so deeply rooted in the popular tradition that the Roman Catholic Church renamed the pagan celebrations of the Summer Solstice as Days of St-Jean and St-Pierre.

The villagers kept celebrating with great feasting and rejoicing!

The community of Pleslin Trigavou still celebrates the annual and popular Fête des Mégalithes between St-Jean's (24 June) and St-Pierre's Days (29 June) on the pasture adjacent to the Champ des Roches.

It is one of the region's best kept secrets and is really worth the detour!

Department of Côtes d'Armor
Directions: Rue des Mégalithes on the outskirts of Pleslin Trigavou.
The car park can accommodate a dozen cars. The site is 100m from the car park. 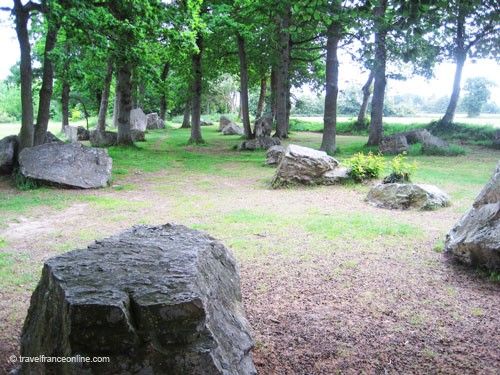 The alignments are still visible 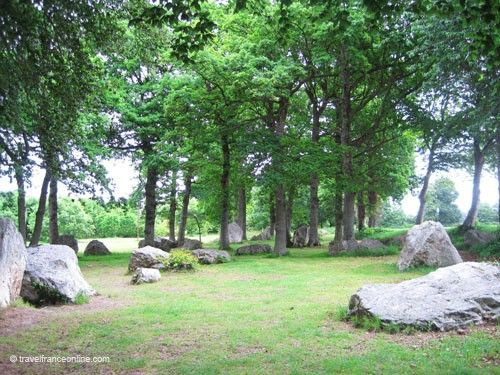