However, cows had nothing to do with its name.

The name refers to the region's countless brooks and natural ponds.

The Plateau de Millevaches is also the region where the rivers Vézère, Vienne and Corrèze originate!

The Plateau de Millevaches is therefore the Plateau des Mille Sources – Plateau of a Thousand Springs!

Indeed, large dams and man-made lakes were built in order to channelize and collect all this water.

Indeed, this large granite plateau forms the northwestern boundary of the Massif Central and is the highest area in Limousin. 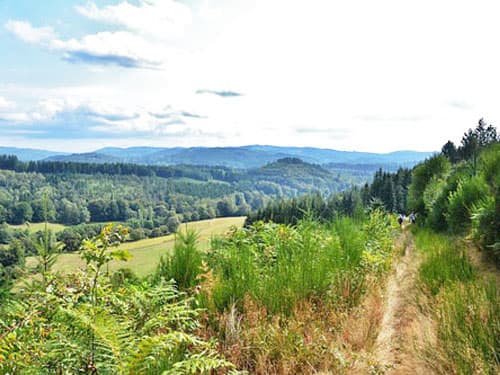 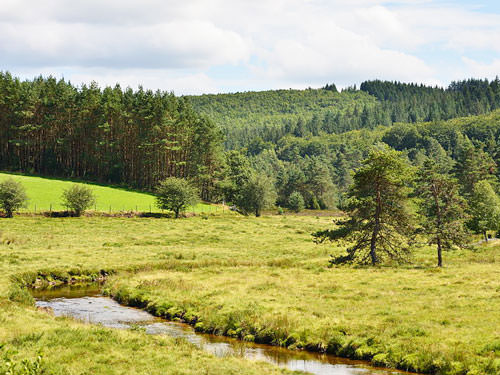 The presence of moraine and various glacial landforms produced by glacial erosion, then the torrential rains, show that the Plateau de Millevaches was formed during the Ice Age.

This vast granite plateau originally peaked about 1100m above sea level, then was eroded over the millennia.

The altitude of the Plateau de Millevaches today ranges from 500m to over 900m.

The Plateau de Millevaches is a country of wooded rolling hills delineated by valleys.

This superb mountainous region has a continental climate.

And if you enjoy the magical beauty of Indian Summers, you must then visit the Plateau de Millevaches in autumn; you won't be disappointed!

Hiking or biking is the best way to visit and fully appreciate the region.

You'll indeed come across ancient crossroads marked with monumental crosses, medieval bridges spanning the thousand streams and rivers, and many fountains and wells.

Peasants came from the surrounding farms in order to bake the bread and pies that would last them the month.

This gathering was also the opportunity to catch up on local gossips! 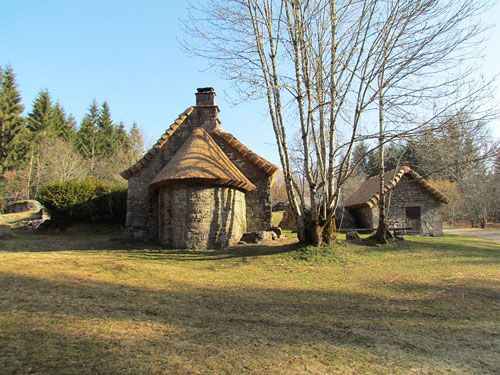 Hamlet with its bread-oven 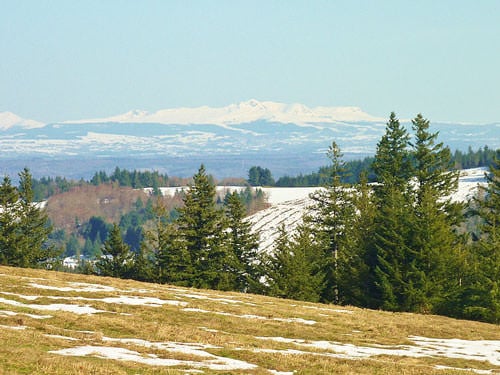 From sheep breeding to forestry

The Plateau de Millevaches was until the beginning of the 20th century a rural land, a land of pastures dedicated to sheep breeding.

Indeed, Limousin sheep were once renown for the excellent quality of their meat and wool.

However, competition in the wool industry put an end to the breeding.

The Plateau de Millevaches is therefore mostly a wooded region.

You'll find vast forests of beech, oak and chestnut - a tree introduced in the 18th century.

Some areas were also planted with fast growing conifers.

However, the countless Gallo-Roman vestiges uncovered all over the region show that it has been continuously inhabited for centuries.

The most famous site is the Maison or Ruines des Cars, a Roman villa and funeral buildings dating from the 1st century AD. 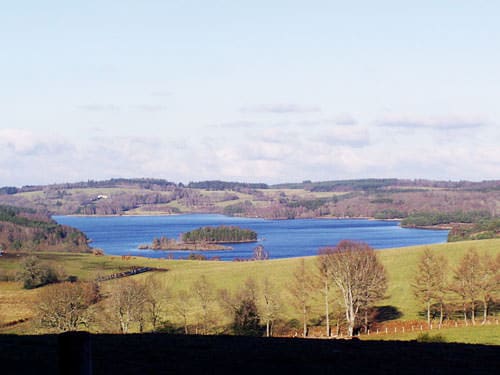 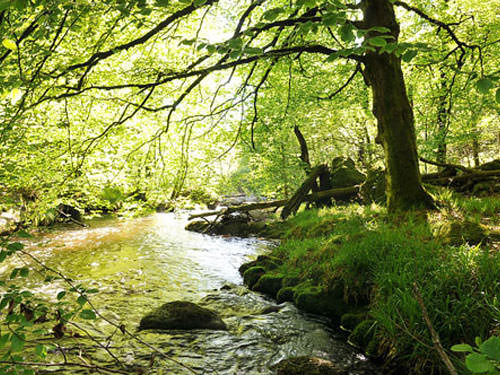 This park was established in 2004.

It represents about 19% of the area of Limousin and extends over 3300km2 that spread over the Corrèze, Creuse and Haute-Vienne departments.

The park's headquarters are located in Gentious-Pigerolles in Creuse.

The Plateau de Millevaches boundaries are, however, subject to polemic.

That said, these three areas are all part of the park.

The 7 landscapes of the Plateau des Millevaches

The Plateau de Millevaches is over all a country of rolling hills.

However, localized variations have led to the classification of seven types of landscapes.

1- The Valley of the Vienne to the west, is a region of grassy hills and small agricultural enclaves.

This is a region of forests and bogs.

It is dotted with many forests and bogs but no large lake.

4- The Source de Millevaches or Région des Mille Sources, is the highest (700m-1000m) and most central part of the park.

This is where the rivers rise!

This is a lands of moors, bogs, ancient forests, wetlands and meadows.

This a region of forests and grassland.

6- The Mont Bessou, the highest mountain in Limousin, peaks at  977m in the Hauts Plateaux de Corrèze.

The altitude of this area ranges from 500m to 850m and the valleys are dedicated to agriculture.

7- Finally the region that traverses the Plateau de Millevaches from east to west in its centre, has a typical hedgerow landscape.

By train to Limoges or by car via the A89 or Transeuropéenne, the motorway connecting Bordeaux to Lyon via Clermont-Ferrand.