The Bastille Fortress stood on the western side of Place de la Bastille.

The many cafes, brasseries, Opera Bastille and daily traffic jams turn the roundabout into one of the busiest in Paris.

However, if you ask French people, they'll tell you that La Bastille is the symbol of the French Revolution.

Bastille Day is celebrated on July 14th and is undoubtedly the most important celebration after Christmas.

Hugues Aubriot, the provost of Paris, built the fortress against Porte St-Antoine, one of Charles V Wall's fortified gate, to protect the king's residence Hôtel St-Pol.

The first stone of the Castel St-Antoine (as it was then known) was laid in 1370.

The fortress was converted into a jail in the late 16th century.

A simple letter signed by the king was enough to send a man in the dreary building! French people therefore saw the Bastille Fortress as a symbol of royal absolutism. 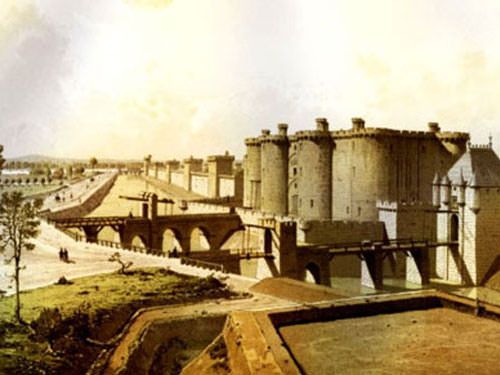 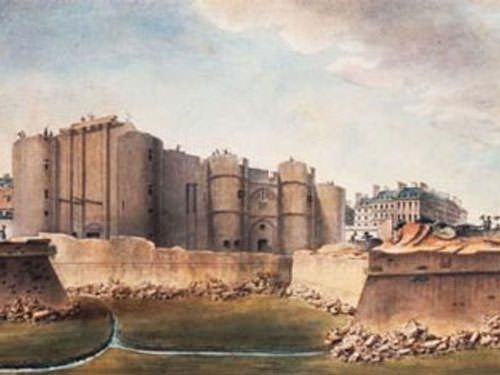 Demolition of the Bastille in July 1789

The philosopher Voltaire was imprisoned there more than once (no freedom of speech then!)

Seven prisoners were still imprisoned in the Bastille on July 14, 1789.

The 633 men who seized it on that day were cabinetmakers from the nearby St. Antoine district. Ironically, most were of German origin!

The stones were re-used to complete the Pont de la Concorde. The remaining stones served to build the 83 models of the fortress which were sent to every French department to commemorate the end of the monarchy. 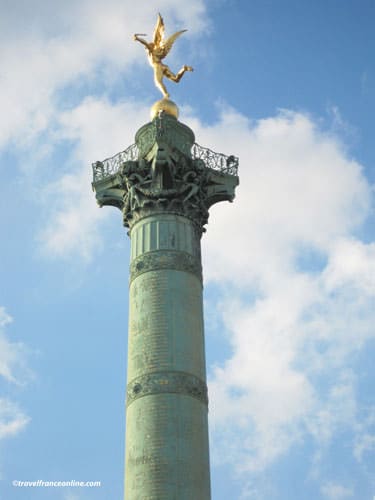 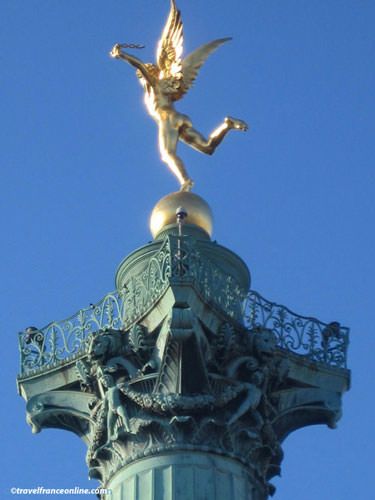 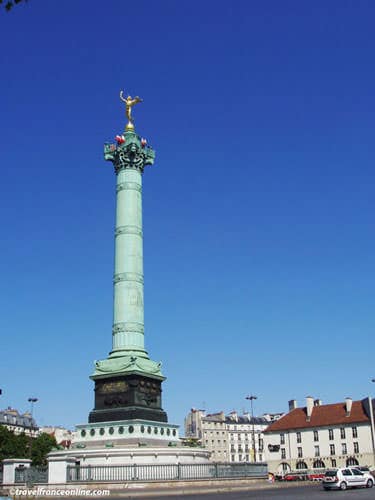 The ghosts of the Bastille Fortress

Lighter cobblestones, visible at the junction of the Boulevard Henri IV and Rue St-Antoine, mark the fortress' floor-plan.

A commemorative slab, mounted on the wall  at no.3 Place de la Bastille on July 14, 1880, depicts its layout. An inscription at no.5 Rue St-Antoine marks its former entrance.

Finally, the drawbridge was at the level of the current pedestrian crossing, at no.46 Boulevard Henri IV.

The Boulevards Bourdon and Beaumarchais replace the rampart that ended at the Seine.

The Place de la Bastille was created in 1803, however, Haussmann gave it its current appearance 50 years later. 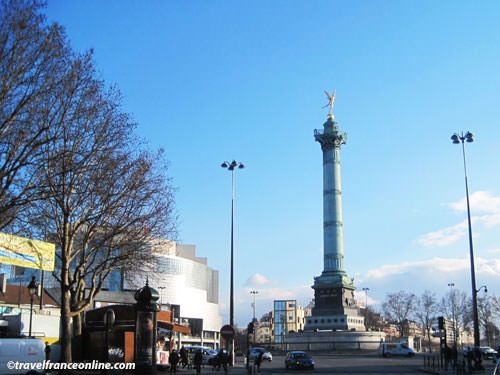 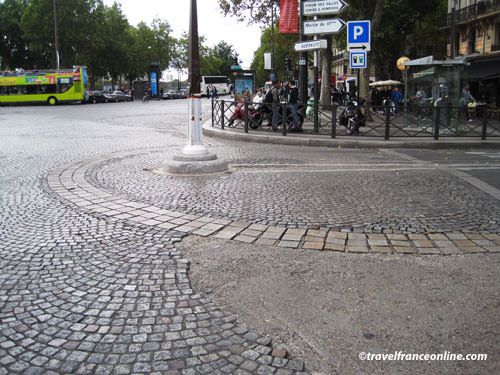 Paving stones marking the layout of the fortress

The Colonne of Juillet marks the centre of the Place de la Bastille.

Two-hundred-and-thirty-eight steps lead up to the top platform and the gilded bronze statue of the Génie de la Bastille. This allegorical statue symbolises Liberty that flies away by breaking its chains and spreading light.

It commemorates the Trois Glorieuses, the riots of 27-28-29 July 1830 that led King Charles X to abdicate. A burial vault, in the basement, shelters the remains of the 504 victims of the up-rise.

The Colonne de Juillet is open to the public.