Peyrusse-le-Roc is a small medieval village nestled in the heart of the Aveyron, off the main roads.

It started as a thriving Gallo-Roman city that spread over 10 hectares; Petrucia was indeed the seat of local silver-lead mines.

Seven pits ensured the city's fortune and reputation until the Middle Ages.

In the 8th century, the King of France Pepin the Short seized Peyrusse from the Duke of Aquitaine Waïfre.

The village later became part of the County of Toulouse; by the 13th century it was the largest bailiwick of Rouergue and extended its jurisdiction over a 100 parishes.

The city's several annual fairs and two weekly markets therefore attracted people from all around the region.

By the 14th century, Peyrusse-le-Roc boasted 700 houses and about 3500 inhabitants including 40 noble families, six notaries and a money changer.

It also accommodated an armed garrison of 187 men and 4 knights.

The fortified village traversed the conflicts of the Hundred Years War, but the dismantling of the ramparts after the 16th century Wars of Religion had a devastating impact.

The final straw was the exhaustion of the silver and lead mines, which deprived the villagers of work.

Many moved to the nearby bastide of Villeneuve d'Aveyron, situated along the region's main communication axis.

As a result, Peyrusse-le-Roc lost its status of Royal Bailiwick in 1719 and fell into oblivion and ruins.

It turned into a ghost-town and served as stone quarry during the following two centuries! 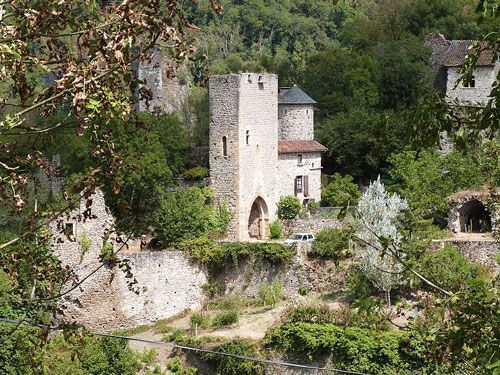 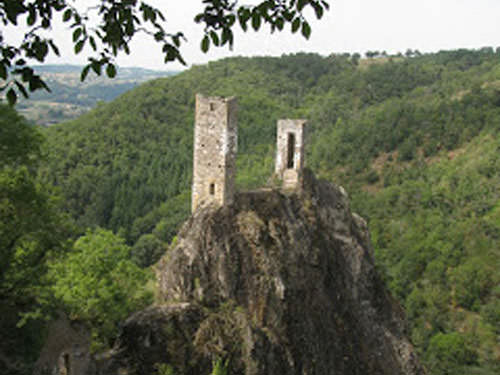 Vestiges of the castle 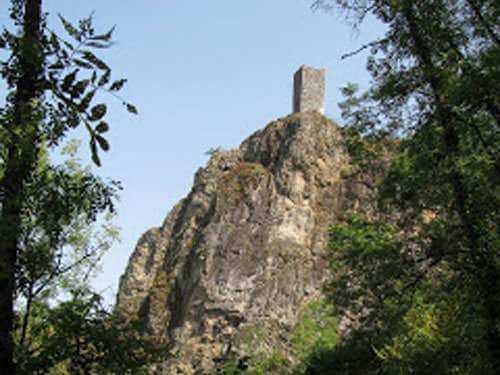 Vestiges of the castle of Peyrusse-le-Roc 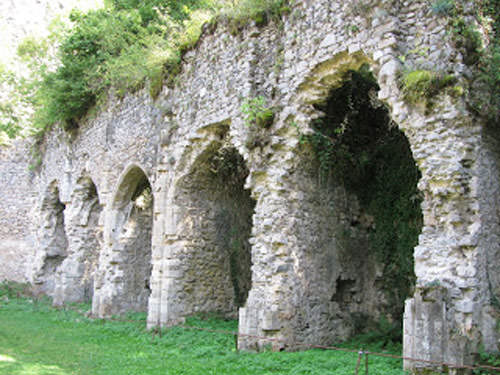 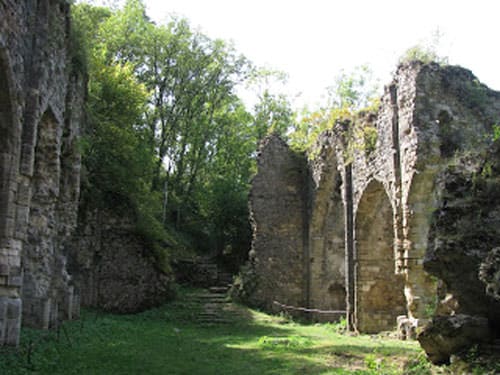 Fortunately several local officials grouped together in 1956 to save what was left of the village's historical and architectural heritage.

Indeed, Peyrusse-le-Roc boasts of wealth of medieval vestiges, such as the ramparts and the Barbican.

There are also those of the 13th century Church of Our Lady of Laval, the belfry and the four-storey hospital built during the Hundred Years War to serve 'the sick, the poor, and the pilgrims.'

Two impressive towers, vestiges of the castle, are perched on an abrupt promontory - Roc del Thaluc - that commands the River Audierne.

Thousands of visitors embark each year in the challenging climb, as the site boasts prime views of the medieval village frozen in time and nestled down in the lush vegetation of the Audierne Valley.