The Pere Lachaise Cemetery was developed in the park of the mansion the Jesuits built for Père de Lachaise d'Aix, the personal confessor of Louis XIV.

The Jesuits renamed the property Mont-Louis in honour of the king.

The City of Paris bought Mont-Louis in 1764, after the dissolution of the Jesuit Order, and converted it into a cemetery in 1802. 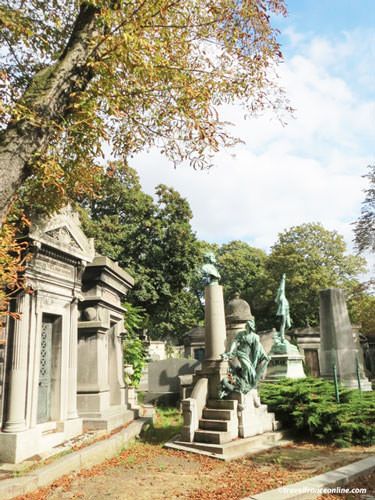 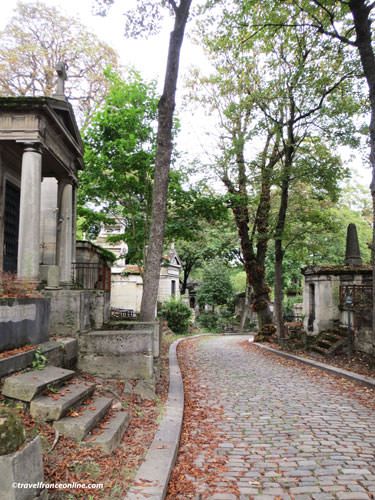 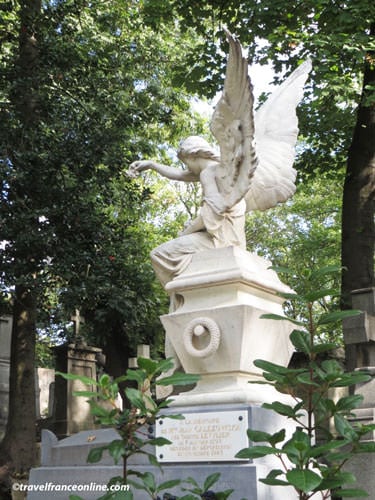 It was enlarged in 1850 and has two distinct sections.

The old cemetery's paths follow the rugged terrain and wind between tombs and centenary old trees, but Brongniart, the architect of the Paris Bourse, landscaped the 'new' section on a grid plan.

That said, both sections are very attractive and conducive to meditation.

The main entrance gate, the chapel, the Federalists' Wall, the Monument to the Dead by Bartholomée, the crematorium and the Columbarium are listed historical monuments. 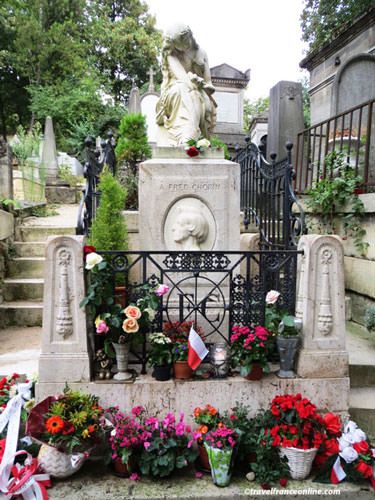 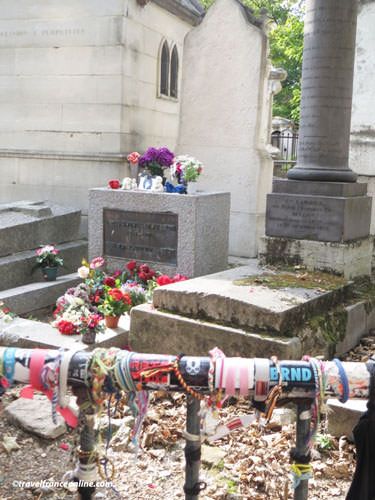 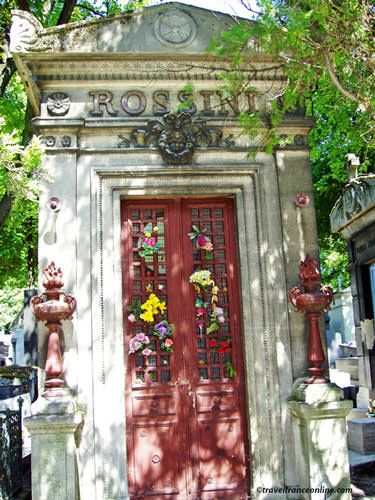 Who is buried in the Pere Lachaise Cemetery?

It is impossible to mention all the people who are buried in the Pere Lachaise Cemetery, but here are a few.

You'll also come across the Hugo Family vault (Victor Hugo is the Pantheon) and those of  Jim Morrison, La Fontaine, Oscar Wilde, Marshal Ney, Murat and Caroline Bonaparte (brother-in-law and sister of Napoleon I).

Stroll along the shaded lanes and you'll discover the tombs of Modigliani, Molière, Proust, Rossini, Sarah Bernhard and Yves Montand. 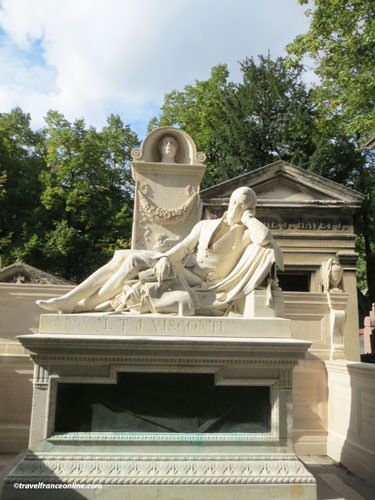 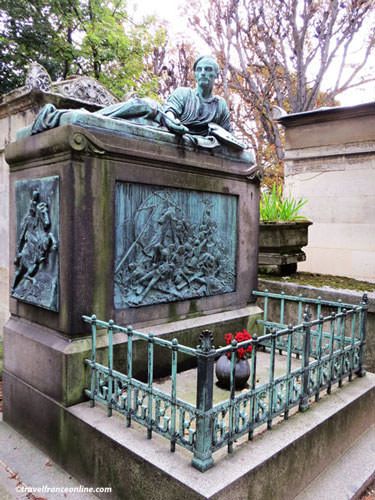 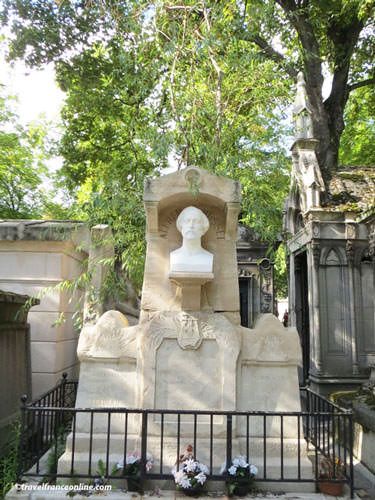 You'll find the Mur des Fédérés on the eastern side of the cemetery. The Fédérés or Communards were the citizens of Paris who took part to the Commune de Paris in 1871.

The up-rise lasted for weeks and the fighting ended in the Pere Lachaise Cemetery, where the last 147 Communards had retreated.

They were captured at dawn on May 28, 1871, executed on the spot and buried in a common grave along the wall, hence its name.

This section of the cemetery is devoted to wartime with several monuments dedicated to the victims of WWII. 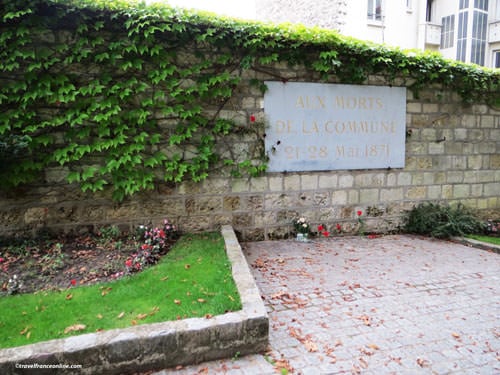 Pere Lachaise Cemetery, the grave of Héloise and Abélard

Over 1 million people are buried in the Pere Lachaise Cemetery, but the first residents were Héloise and Abélard.

The lovers were the unfortunate heroes of the most beautiful love story in French history, a couple whose love survived the separation. Their story, the symbol of eternal love, has crossed the centuries.

Pierre Abélard (1079-1142) was a renowned theologian and scholar and one of the greatest minds of his time.

His teaching, however, was considered so controversial that he was regularly charged with heresy. His most famous works Sic et Non is a list of 158 philosophical and theological questions.

Abélard taught in the Cloisters of Notre-Dame Cathedral where he fell in love with one of his students. The educated, strong-willed and gifted Héloise was fluent in Latin, Greek and Hebrew.

But... young Héloise was not only 22 years his junior, she was also the niece of Fulbert, the Canon of Notre-Dame!

This was bad enough, however, things got worse when Fulbert learned that Héloise was expecting and that she and Abélard had married in secret.

Let's not forget that this took place in the early 12th century, when strict religious rules of conduct entirely ruled society.

Fulbert had to get rid off Abélard... so he sent a gang of outlaws to ambush and emasculate him!

Abélard retired as Abbot to the Priory of Saint-Marcel near Châlon-sur-Saône, where he stayed until his death in 1142.

Héloise remained faithful to their love. She refused the annulment of their marriage and became the Abbess of the Paraclet Convent.

Despite their separation the lovers exchanged passionate letters until Abélard's death. 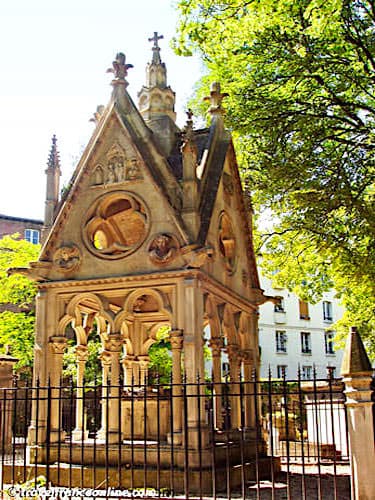 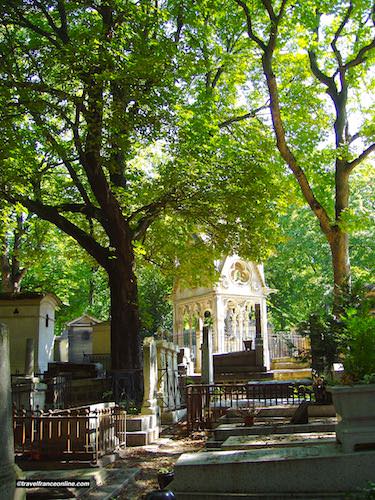 Extracts of a letters by Héloise and Abélard

"But if I lose you, what have I left to hope for?

Why continue on life's pilgrimage, for which I have no support but you, and none in you save the knowledge that you are alive, now that I am forbidden all other pleasures in you and denied even the joy of your presence which from time to time could restore me to myself?"

"To love Heloise truly is to leave her to that quiet which retirement and virtue afford.

I have resolved it: this letter shall be my last fault.

If I die here I will give orders that my body be carried to the House of the Paraclet.

You shall see me in that condition, to demand tears from you, for it will be too late; weep rather for me now and extinguish the fire which burns me.

You shall see me in order that your piety may be strengthened by horror of this carcass, and my death be eloquent to tell you what you brave when you love a man.

I hope you will be willing, when you have finished this mortal life, to be buried near me.

Your cold ashes need then fear nothing, and my tomb shall be the more rich and renowned."

Héloise and Abélard's remains were transferred to the Pere Lachaise Cemetery in 1817 and placed in the same tomb, which is considered a masterpiece of High Gothic style. 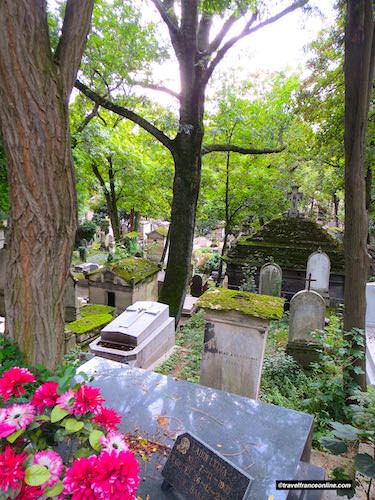 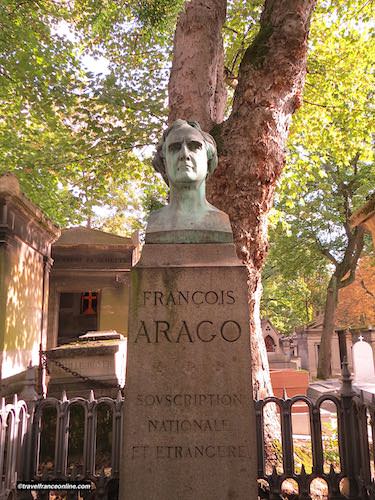 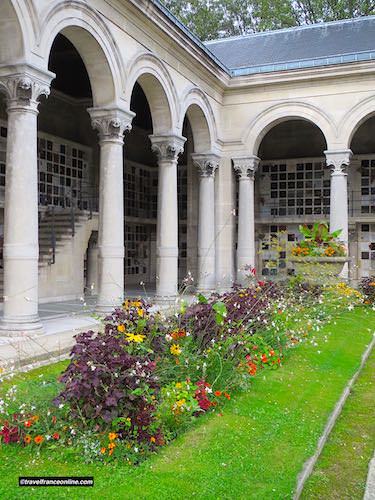