Pegasus Bridge is the bascule bridge that spans the Canal de Caen in the little town of Bénouville.

The Pont de Bénouville was indeed renamed to pay tribute to the men of the British 6th Airborne Division, who seized it in the early hours of D-Day - June 6, 1944.

Its capture, along with that of the Pont de Ranville, were part of the glider-borne Operation Deadstick or Operation Coup de main.

The bridges were code named Ham and Jam during the operation.

The Operation Deadstick was part of the Operation Tonga, the code name of the airborne operation allocated to the British 6th Airborne Division from 5-7 June 1944.

Operation Tonga was part of the Operation Overlord, the name code of the Battle of Normandy or Allied invasion of German-occupied Western Europe.

Operation Deadstick was allocated to the men of the D Company, 2nd Airborne Battalion, Oxfordshire and Buckinghamshire Light Infantry of the 6th Airborne Division, assisted by six Infantry platoons and a platoon of the Royal Engineers. 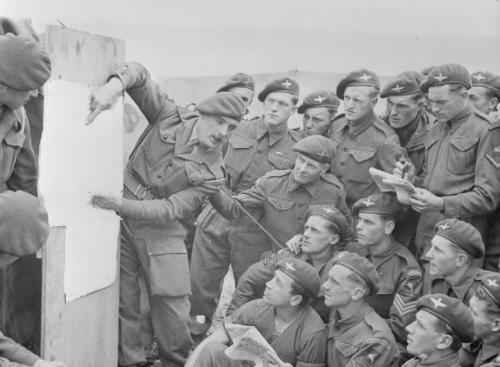 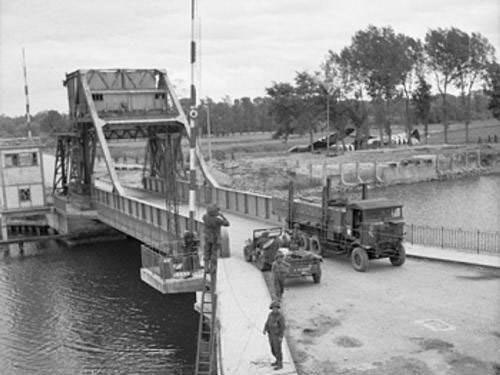 Transport moving across Pegasus Bridge in 1944

In the early hours of June 6, 1944, 181 men of the British 6th Airborne Division commanded by Major John Howard took off from the RAF Tarrant Rushton station in Dorset on board six Airspeed Horsa gliders.

Their mission was to seize the two bridges intact and hold them until the 7th Parachute Battalion commanded by Major Pine-Coffin relieved them.

Intelligence reports established that the bridges were heavily defended by the Germans and wired for demolition.

Seizing the bridges was essential to stop the German armour and infantry from crossing the canal and counter-attacking the eastern flank of the troops landing on Sword Beach in Ouistreham.

Capturing them intact also meant that the Allied troops landing on Sword would be able to exit on the eastern flank of the beaches (the only exit at the time) and therefore quickly move inland.

Failure to capture the bridges or stop the Germans from demolishing the bridges would have tragic consequences.

Indeed, the men of the 6th Airborne would find themselves stranded in German-occupied territory and therefore completely cut off from the Allied.

Operation Deadstick had to be a complete success! 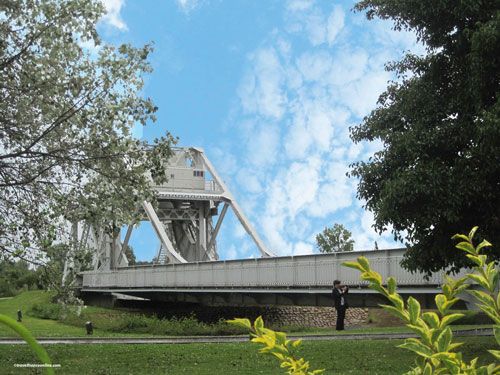 Original Pegasus Bridge in the museum 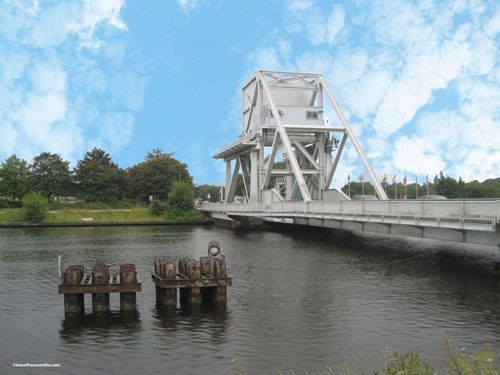 Five of the gliders landed next to their objectives at 00.16am. The men took advantage of the effect of surprise and seized the bridges within 10mn.

Tragically, two men were lost during this swift attack. One drowned upon landing and the second was shot while crossing the bridge. They were the first two Allied casualties on D-Day!

The sixth glider landed 10km off target at a bridge spanning the river Dives.

The others made their way back to Ranville-Horsa Bridge, where they linked up with their troops.

The 7th Parachute Battalion commanded by Major Pine-Coffin reinforced the 6th Airborne Division 30mn later. The men successfully linked up with Lord Lovat’s Commandos and the infantry who landed on Sword Beach in Ouistreham. 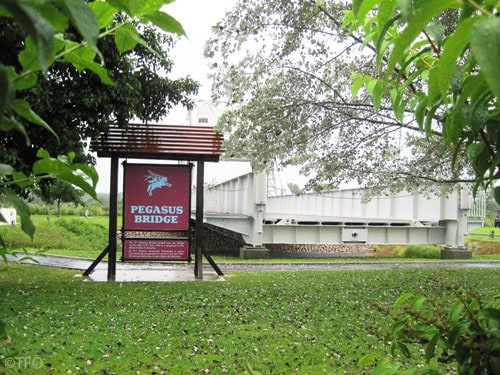 Original Pegasus Bridge in the museum

Bénouville Bridge was renamed Pegasus Bridge in 1944 to commemorate the success of the Deadstick Operation and the British 6th Airborne Division.

The winged horse Pegasus is indeed the emblem of the British Air forces.

The bridge was extended by 5m in the early 1960s during the widening of the Caen Canal. It remained in use until 1993.

A wider and stronger rolling bridge of the type Scherzer rolling lift Bascule Bridge  replaced it in 1994.

This bridge doesn't pivot on a hinge point, but rolls back, allowing therefore a greater clearance of the waterway.

The Pegasus Bridge Airborne Museum acquired the original Pegasus Bridge for a symbolic French Franc and rebuilt it on its grounds, on the eastern side of the current bridge.

The Prince of Wales inaugurated the museum on June 4, 2000.

The Pont de Ranville was officially renamed Horsa Bridge in 1988 to pay tribute to the Horsa gliders. 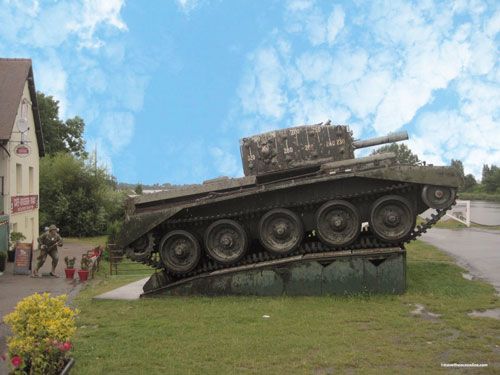 WW2 Tank by Café Gondrée by Pegasus Bridge in Benouville

The Café Gondrée stands on the northern bank of the canal, near Pegasus Bridge.

It was the first house to be freed on D-Day and was listed Historical Monument in 1987.

Amazingly, the actor Richard Todd, who belonged to the 7th Parachute Battalion under the command of Major Howard, played the role of the Major 20 years later in the film The Longest Day.