Passerelle Leopold-Sedar-Senghor, a footbridge to link Les Tuileries to the Rive Gauche

The Passerelle Leopold-Sedar-Senghor connects the Jardin desTuileries (via the underground tunnel on the right bank) to the Orsay Museum and Hôtel de Salm - Legion of Honour Museum on the Rive Gauche.

This arched footbridge is quite recent as it was open to the public in December 1999.

It replaces a cast iron bridge, Pont de Solférino, which was put into circulation in 1861.

The bridge remained in use for a century, but the incessant passage of barges and the turbulence they cause weakened its structure over time.

It was thus demolished in 1961 and replaced by a steel footbridge some 100m upstream.

This footbridge was in turn demolished in 1992 and the current footbridge built on Pont de Solférino’s original site.

Initially known as Passerelle Solférino, it was renamed Leopold-Sedar-Senghor on October 9, 2006 to commemorate the 100th anniversary of the birth of the Senegalese politician and poet. 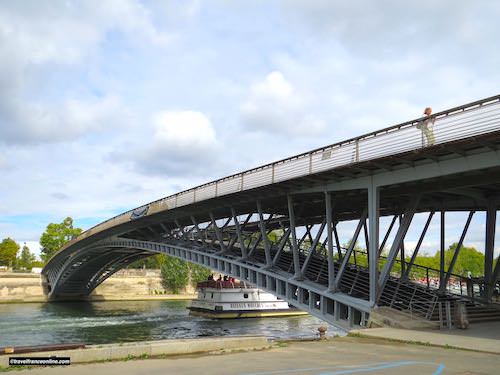 Footbridge with the Louvre in the background 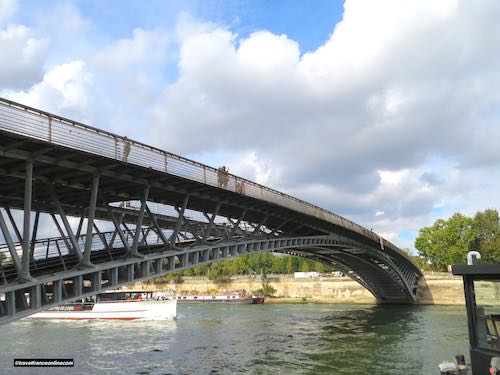 Footbridge with the Tuileries in the background

Passerelle Leopold-Sedar-Senghor, a footbridge built by the Eiffel Company

The footbridge consists of two levels that meet halfway.

Its metallic structure, which consists of 6 sections, is clearly reminiscent of the Eiffel Tower as it was produced in the Eiffel workshops based in the north-west suburbs of Paris.

The floor is made from azobé, an exotic rot-resistant wood native to Sub-Saharan Africa.

However, this beautiful footbridge was temporarily closed to the public shortly after its inauguration.

Pedestrians’ footsteps indeed triggered its structure to oscillate slightly while the azobé floor proved quite slippery in rainy weather!

Counterweights and shock absorbers were immediately put in place to consolidate the footbridge's stability and an anti-slip coating was affixed to the floor.

This set-back didn’t stop though the architect Marc Mimram from being rewarded with the prize l’Equerre d’Argent for the year 1999. 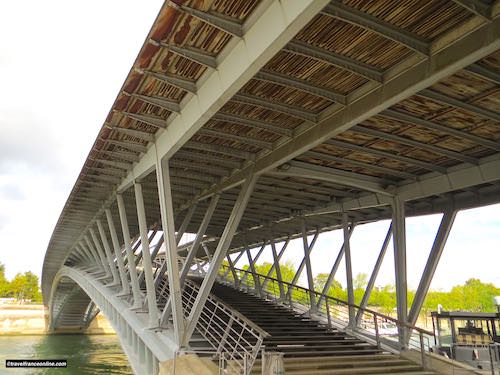 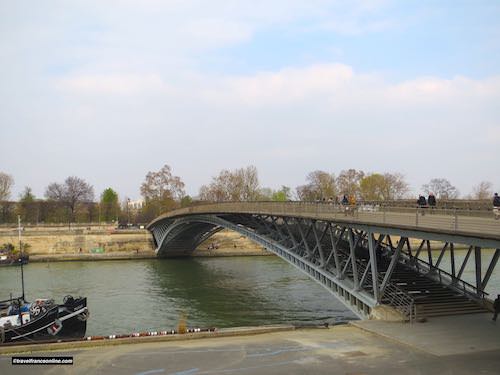 Single arch with the two sections that meet halfway