Montlaur is located in the heart of the fertile Dourdou Valley in the Rougier de Camares, a stone's throw from the Chateau de Montaigut.

This village might be small but its prime location attracted men since the Neolithic.

Indeed, the many archaeological finds attest that it has been inhabited without interruption since that period!

Statues-menhirs, but also several Roman villas, countless fragments of sigillated potteries produced in the nearby Gaufresenque and sarcophagi from the early Middle-Ages were indeed discovered. 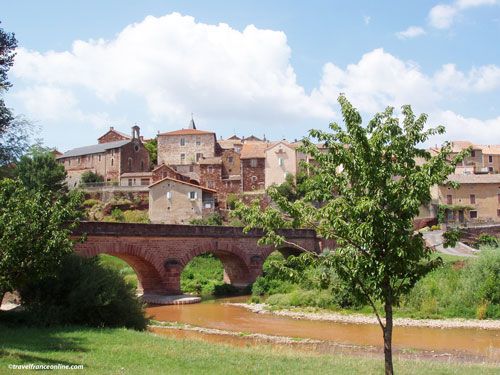 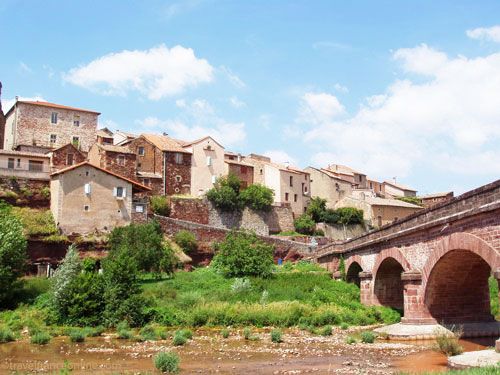 Village on the bank of the Dourdou River 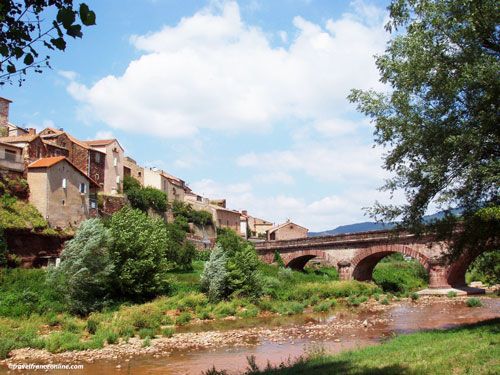 A small village with a long history

The Chateau de Montlaur was built in the 12th century and depended from the fiefdom of the lords of Caylus of St. Affrique.

The castle made history in January 1669 during the Bataille de Montlaur.

This battle took place during the Hundred Years War when the region was under English occupation.

The French troops of the Count of Vendôme recovered the Rougier of Camares.

Thomas Wetechale and his men counter-attacked in September but suffered a severe defeat.

Watechale was indeed seriously wounded; he died in the castle and was buried in the parish church.

Then came the Wars of Religion of the 16th century; the Protestant troops seized and sacked Montlaur!

The Chateau de Montlaur survived the conflict, but was destroyed a century later during the French Revolution.

All that is left are a ground floor vaulted room and the base of the 12th/13th century chimney, and a mullioned window and a wall on the 1st floor!

Closer to us in time, the church served as a shelter for the political refugees during the Spanish Civil War of 1936-37.

So much history for this picturesque village!

As you drive along, you'll notice the attractive red sandstone bridge built in 1860 to span the Dourdou.

The picnic area, at the base, boasts spectacular views of the bridge and the village.