Lyon, the French Capital of Gastronomy

Mères Lyonnaises is a name that evokes Lyon, the French Capital of Gastronomy.

The reputation and history of Lyon’s cuisine goes back some 2000 years.

Lyon was then Lugdunum, the Capital of the Three Gauls.

The Romans planted vines on the south-facing slopes of the Rhône and Saône.

Lugdunum was an active port trading in various commodities, including wine.

The many fairs the city hosted through the Middle Ages obviously influenced the city’s culinary.

However, the origin of the Cuisine Lyonnaise goes back to the French Renaissance.

Indeed, in 1600 Marie de Medici travelled from Florence to Lyon in order to marry Henri IV.

Their wedding ceremony was one of the most extravagant in French history; the to-be queen treated the 4000 guests to lavish entertainment, decorum and banquets.

However, not only did she bring her court from Florence, but also her cooks!

Those prepared the ceremony's Italian style banquets with regional products, as they had limited access to their regular ingredients.

The result was so impressive that Lyon became immediately renown for the quality of its unique cuisine.

Lyon's cuisine had indeed become a marvellous blend of various recipes, a crossroads of many regional culinary traditions. 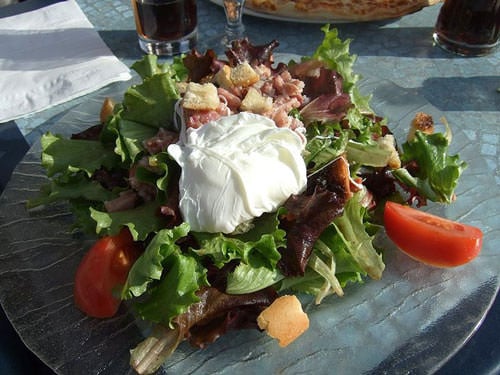 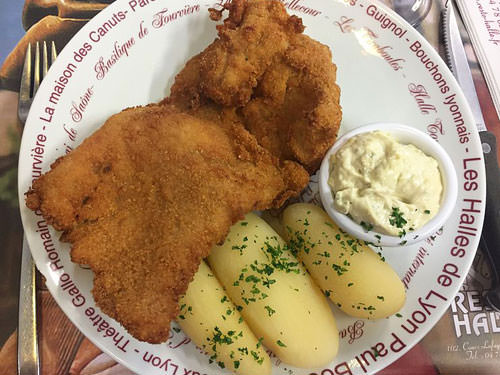 The city's geographical situation played a major role in turning it into the French capital of gastronomy.

Lyon is indeed the convergence point of regions and cities that produce some of the most renown products and wines.

It's at driving distance from the AOC Beaujolais and some Côtes du Rhône vineyards to the north.

The lakes of the department of Ain produce the best quality carps and crayfish.

The city of Bourg-en-Bresse is renowned for its poultry (poule de Bresse) and Charolles, farther along in Burgundy, for it Charolais cattle breed which produces the best meat.

The Loire Valley is not that far either, and provides excellent pork meat.

All conditions were therefore met to place Lyon on the culinary track, however, Les Mères Lyonnaises earned the city the title of French capital of gastronomy. 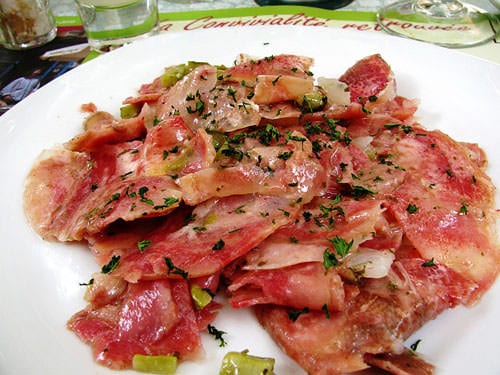 Who were the Mères Lyonnaises?

Les Mères Lyonnaises were the Canuts' wives, ordinary women who left their homes after the French Revolution to find employment with the wealthy inhabitants of Lyon.

Indeed, the Revolution brought the silk industry to decline, their husbands lost their jobs and someone needed to feed the family.

So they enrolled as house cooks for the bourgeois of Lyon.

Their cuisine was what we call in French a 'cuisine familiale", simple yet complete and tasty dishes they used to serve to their silk-weaver husbands.

This was a total success and the reputation of their cuisine spread beyond the city's boundaries.

This success encouraged a few of them to leave their employers and open their own bistro-restaurant.

Their reputation reached new heights during the 19th century with the appearance of gastronomic societies.

But the golden age of the Mères Lyonnaises was the 20th century inter-war.

Many cooks therefore opened their bouchons to serve the specialties they cooked with products regionally sourced.

The appearance of gourmet guides and cars was a turning point, as they transformed the clientele.

Indeed, people read food reviews and gourmets in search of excellent yet unconventional cuisine travelled to Lyon from afar.

Les Mères Lyonnaises were consecrated in 1929.

Indeed, La Mère Blanc was the first woman to be awarded 1* in the Michelin Guide for her Poulet de Bresse aux morilles (Bresse chicken with morels) and Côte de veau à l'oseille (Veal rib with sorrel).

Then, in 1933 the Touring Club of France awarded her its culinary first prize.

But above all, the renowned food critic Curnonsky declared her the "best cook in the world ". 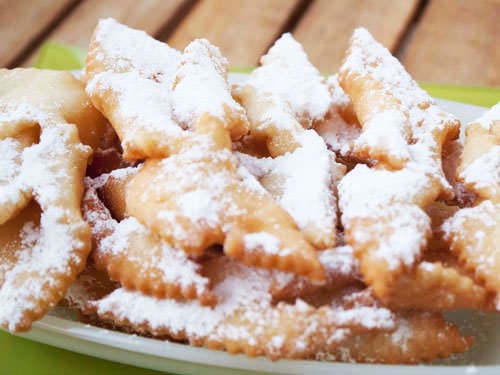 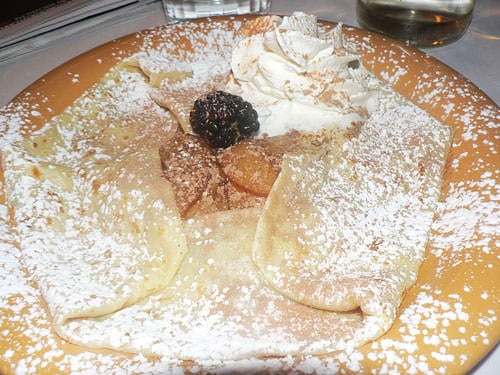 Some 30 Mères Lyonnaises established the reputation of the Cuisine Lyonnaise during the 20th century.

La Mère Brazier was not only the first woman to be awarded 3* by the Guide Michelin, but she also trained Paul Bocuse!

The appearance of the Nouvelle Cuisine in the 1970s marked the decline of the Mères Lyonnaises' culinary style.

Their bistros are still there, but they retired and have been replaced by male chefs and cooks.

That said, La Mère Blanc's grandson, George , won a 3rd star for the family restaurant in 1981.

The era of the Mères Lyonnaises has long gone.

However, Lyon's oldest inhabitants still remember these fantastic chefs (and their larger than life personalities) and the specialties that made their reputation.