Le Puy Mary is one of the Monts du Cantal, a series of ancient volcanoes today part of the Parc Régional des Volcans d’Auvergne.

This remnant of the largest stratovolcano in Europe rises to 1,783m of altitude, and was ranked Grand Site of France in 2012.

It takes its name from the preacher Marius (Mary), who evangelised Auvergne in the early 4th century.

The Pas de Peyrol peaks at 1589m and is the highest road pass in the Massif Central; it links Le Puy Mary to Le Puy de la Tourte, another extinct volcano.

The pass is closed to road traffic during winter until late May because of the massive snowdrift that appears each year on the northern side of Le Puy Mary.

The névé de Miarou is also known as névé de l’Aigle (eagle) because of its unusual shape.

Several hiking trails lead to Le Puy Mary during the summer; wooden steps were built on the steepest sections to channel hikers on a single trail and protect the surrounding nature.

With 600,000 visitors a year, Le Puy Mary is indeed the most visited site in Auvergne. 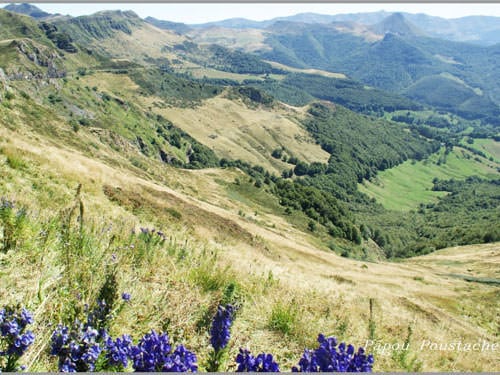 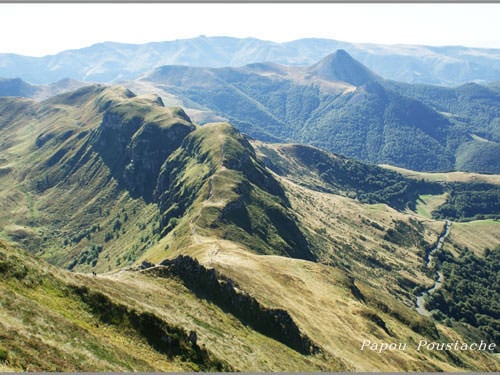 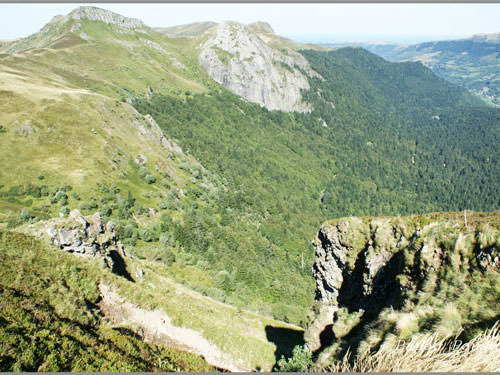 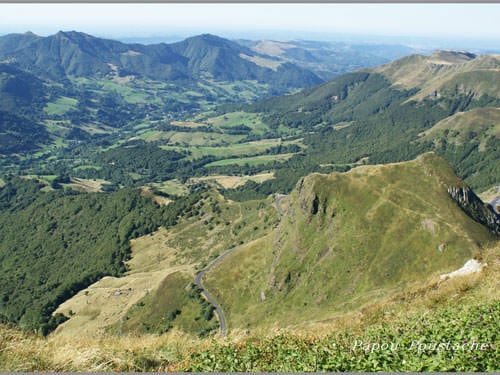 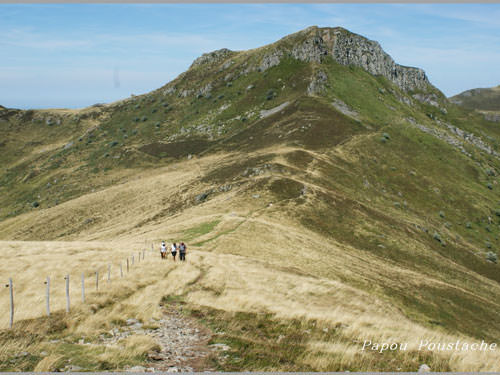 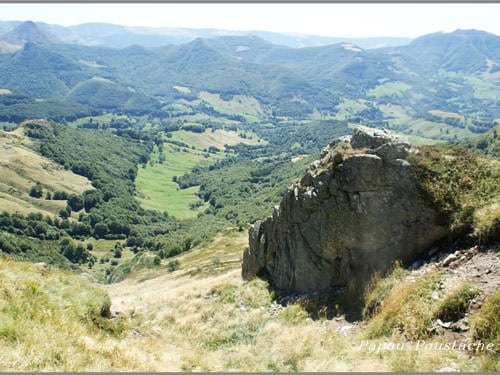 An extinct volcano that supports a fertile nature

Le Puy Mary was formed about 6.5 million years ago, when viscous lava accumulated and settled over its chimney.

Ice eroded its cone during the Ice Age and gave it its current pyramid shape; it also carved the 7 valleys that originate on its summit.

Water, frozen or liquid, has always played a major role in the shaping and evolution of Le Puy Mary.

The ancient volcano undergoes strong oceanic influences, as it is the first mountain between the Atlantic Ocean and the Massif Central mountain range.

It indeed receives an average 2,5m of rain water per year, which paired with the melting snow, gives rise to countless torrents and cascades that gush down its steep slopes.

Many plant species are protected; others such as the Yellow Gentian serve for the confection of traditional regional liquors (Salers and Alveze.)

Finally, the long snowy winter led to the creation of a small winter sports area accessible via the pass of Col de Serre.

The 90km of marked trails are located between 1200m and 1450m above sea level and are dedicated to alternate steps and skating.