Le Printemps Haussmann was indeed founded in 1865, La Samaritaine in 1870 and Les Galeries Lafayette in 1895.

Aristide Boucicaut and his wife Marguerite (then employed in the haberdashery) teamed up with the Videau brothers and transformed the haberdashery into a department store to meet the evolution of the clientele.

They offered a range of quality products and applied innovative sales techniques.

This included among others selling at low prices to sell more and thus compensate for the low profit margin, put price labels and apply the 'satisfied or refunded' rule.

They bought the Videau brothers' shares in 1863 and transformed the store into 'The' place where to shop on the Rive Gauche, where they not only sold products but also sparked the wish to buy! 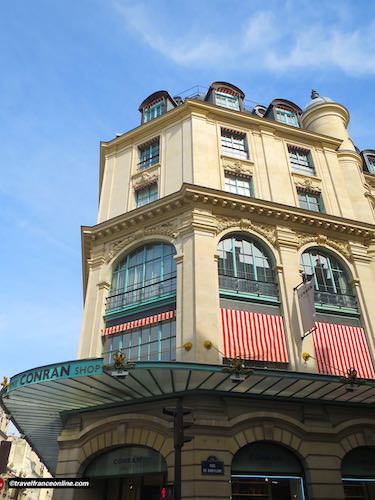 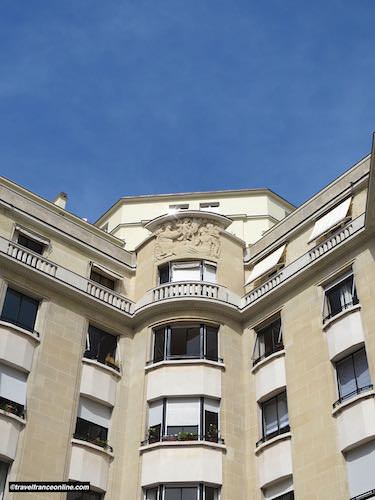 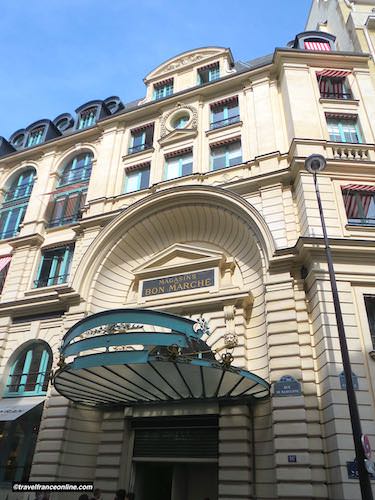 In 1869 the Boucicaut bought an adjacent land to expand their Bon Marché.

The new store, inaugurated in 1872, immediately became victim of its own success and pushed the Boucicaut to enlarge it once more.

Gustave Eiffel contributed to this expansion in 1879, however, the architect Louis-Charles Boileau was fully in charge of the construction of the current building that was completed in 1887.

Le Bon Marché was transformed from a modest store of 12 employees to a huge department store, which in 1877 already employed 1788 people!

It  also targeted the 'middle class', a new clientele that appeared in the second half of the 19th century. 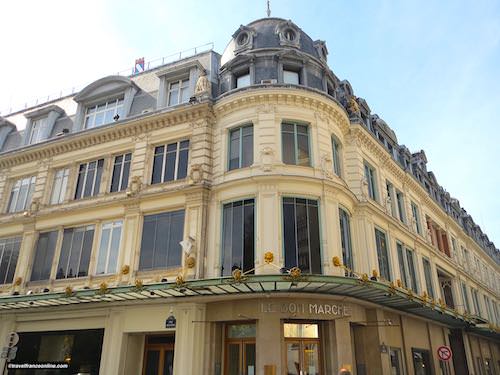 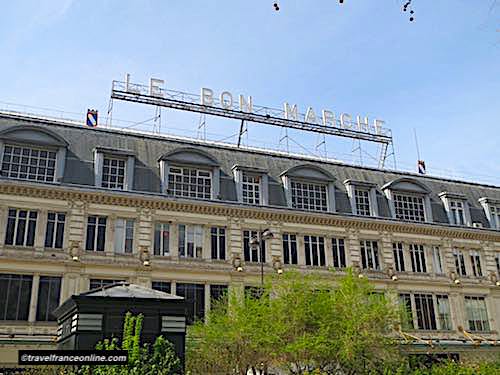 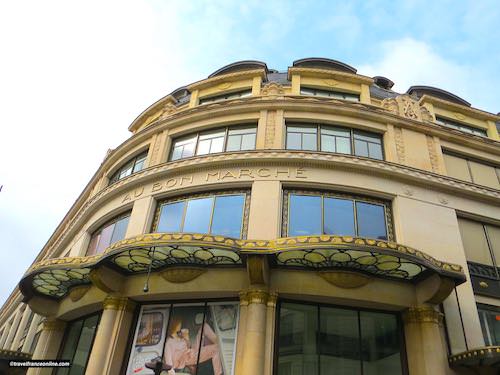 The Boucicaut did indeed show avant-garde spirit as they quickly worked out that they needed to attract women in order to sell.

Not only did they specialise in fashion, but they also implemented home delivery service, mail order and the ‘sales’ concept which they introduced in January with the week-long linen sales known as "La semaine du blanc".

They strove to improve the lifestyle and conditions of their staff by hosting them on site, opening a refectory, dressing them in uniforms and promising them a promotion to merit.

They also introduced a weekly day of rest, as well as a pension fund after 20 years of seniority to keep them.

In other words, not only were they innovative and highly business-minded, but also caring employers! 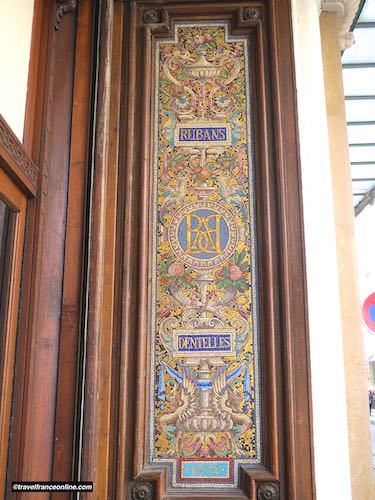 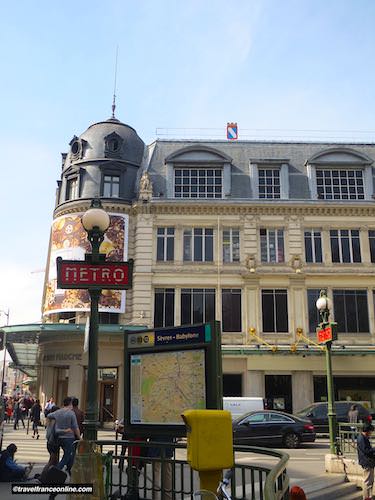 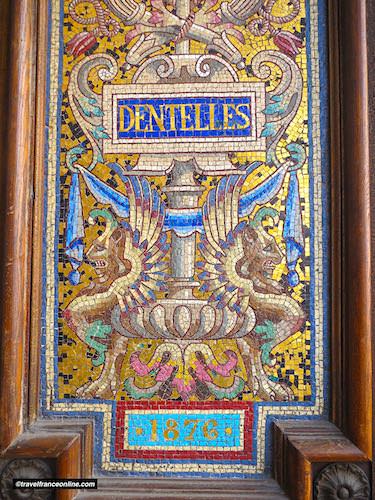 The railroad transport and universal exhibitions attracted ever-larger crowds to Paris, but also many workers (and their families) to build and maintain such infrastructures.

As the result Le Bon Marché set out to also attract the lower classes by offering low prices.

Success was once more instant, and the store needed once more to be enlarged.

An Art Deco building was thus erected between 1911 and 1913 at the corner of the rue de Sèvres and rue du Bac.

Le Bon Marché kept developing despite the devastating effects of the crash of 1929.

In 1932, 7 years after the Exposition Internationale des Arts Décoratifs et Industriels Modernes, it even opened a department solely dedicated to the equipment of the house.

However, the department store's adventure took another turn after the war.

It was put into liquidation in the 1950s, but was bought in 1984 by Bernard Arnaud who turned it into the emblematic luxury department store, Le Bon Marché Rive Gauche.

Redesigned and expanded in 2012, it belongs to the LVMH group and is now dedicated to luxury goods.

What would the Frères Videau think of the transformations of their modest haberdashery!?