La Targette British Cemetery is located in La Targette, in the village of Neuville-Saint-Vaast, next to the French war cemetery.

It was open next to the French war cemetery, along the road D55 road that connects Lens to Maroeuil.

By 1915, the Germans occupied the whole area.

This included the village of Neuville-Saint-Vaast, which commanded the access to the Vimy Ridge.

They had turned the 150 village houses into bunkers defended by cannons and machine guns and four lines of defence.

These consisted of a network of trenches and underground galleries defended by additional bunkers and forts and protected with barbed wire.

This vast and complex defence sector spread over kilometres and was known as the labyrinth.

The offensive, launched on May 9 by the French troops, sprawled until June 17.

The French methodically seized the German positions one after another, including the much coveted Colline Notre-Dame-de-Lorette.

Tragically this offensive, known as 2nd Battle of Artois, claimed the lives of thousands of men on both sides.

In March 1917, the British troops took over from the French in the Arras sector, and the Canadians on the Vimy Ridge.

The Germans targeted Arras, because the city formed a salient within their positions.

The British and Canadians thoroughly prepared the Vimy Ridge offensive over the following months.

They indeed dug a network of 12 tunnels that started in Arras and lead right to the German lines on the ridge.

The Canadians launched the assault on Vimy on April 9, 1917, despite the execrable weather - heavy gusty winds and snow storms.

The Canadian artillery, supported the advance of its infantry from a place called Les Rietz and located in the south-west of Neuville. 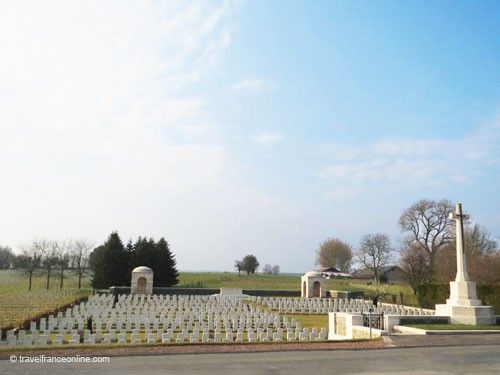 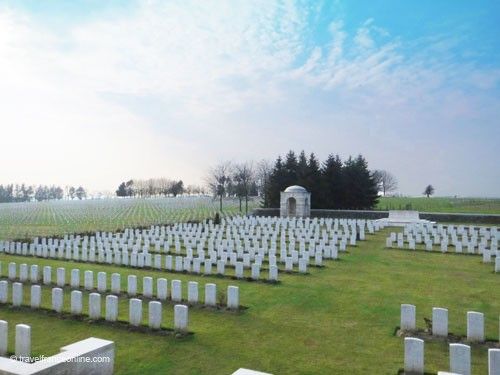 A third of the soldiers buried there belonged to these artillery units.

It also contains those of three soldiers killed during WWII.

The 21th Canadian Infantry Battalion erected a memorial to the men who fell in April 1917.