La Petite Alsace - Cité Daviel is nestled on the slopes of the Butte aux Cailles.

This picturesque area of the 13th district has retained a bucolic charm.

This district has a traditional working-class print.

The south of the district was more rural and attracted a modest population; mostly low middle class and pensioners.

In the early 20th century transportation and housing had become quite expensive.

Workers indeed struggled to find accommodations near their work place. 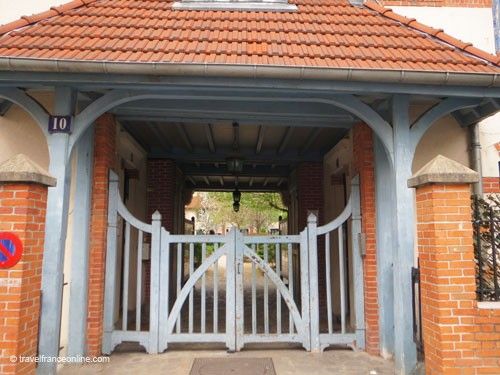 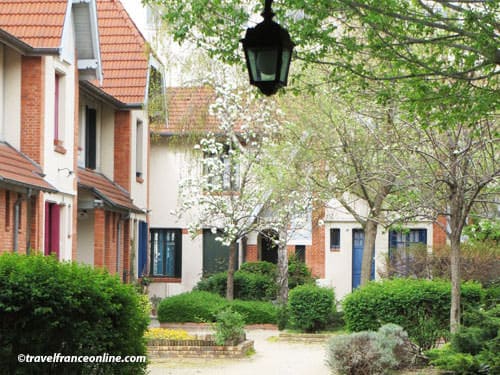 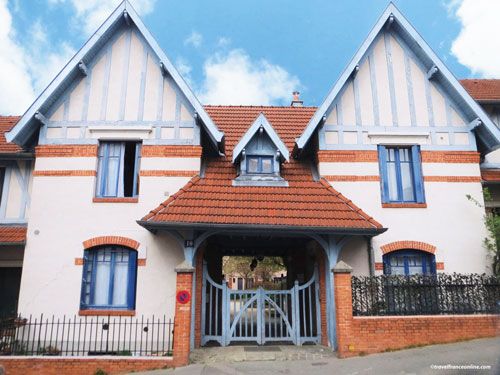 He commissioned Jean Walter, an architect from the Vosges department in Alsace, with the construction of forty small individual dwellings in Rue Daviel.

The terraced council houses are all timbered and have a pointy roof.

These two features are very representative of the Alsace architecture, hence the residence's name.

They frame a 550m² rectangular courtyard landscaped with bushes and trees.

The Petite Alsace - Cité Daviel is today a private residence; it's therefore not open to the public!

However, if you are lucky a tenant might let you step inside the porch (as he or she comes out) so you can have a quick peek!

From there you'll get a good overview of the courtyard and houses.

La Petite Alsace is really a little village; it has an obsolete charm and is one of Paris' best-kept secrets.