La Chapelle aux Saints is situated in the Sourdoire Valley, to the southeast of Brive in Limousin.

The name of this small community become famous on August 3, 1908, when the burial ground of a Neanderthal young adult was discovered at a place known as La Bouffia Bonneval.

This discovery was the consecration of three years of excavations conducted by the brothers Jean and Amédée Bouyssonie and Louis Bardon.

They indeed uncovered some 1000 artifacts.

These included flint tools and weapons and a wild array of animal bones ranging from reindeer, cattle, horses, wolves, foxes to woolly rhinoceros!

This also attests that humans occupied the site of La Chapelle aux Saints during the Mousterian - Lower Paleolithic. 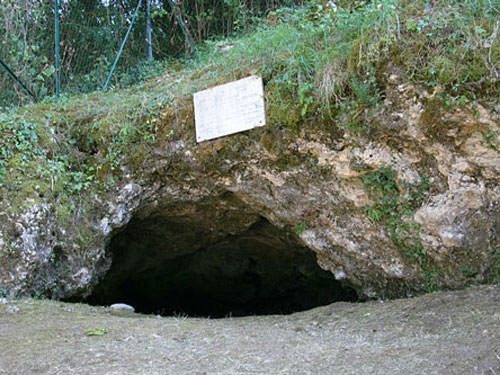 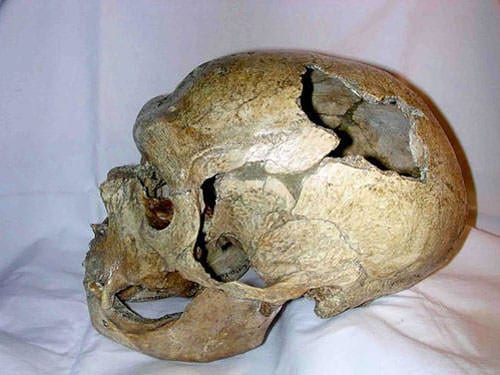 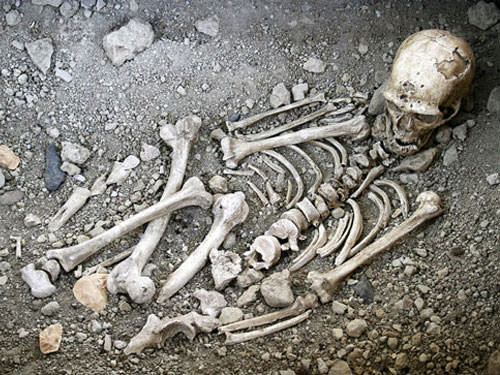 Reconstitution of the sepulture

Discovery of a Neanderthal young  adult

The highlight of these excavations, however, was the discovery of the nearly complete skeleton of a Neanderthal young adult.

He had been carefully placed in a sleeping position, legs bent and head tilted over the chest.

He was also surrounded by flint tools and animal bones.

A similar Neanderthal burial ground was uncovered the following year in La Ferrassie, in the village of Savignac-de-Miremont in the neighbouring Dordogne.

These discoveries contributed significantly to rehabilitate the idea we had of the Neanderthals until then.

A new insight on Neanderthal culture

Far from being thick brutes, they buried their dead with elaborate funeral rites.

Such advanced practice indeed reflects a high degree of social and religious awareness.

The museum exhibits a replica of this ‘45,000-year old young' Neanderthal’s grave.

The Neanderthal culture was named after the Neander Valley near Dusseldorf in Germany, where the first skeletons were discovered.

They didn’t simply vanish though, as there is now evidence that modern humans or Homo Sapiens interbred with Neanderthals between 50,000BC and 60,000BC.

Scientific studies indeed uncovered that Neanderthals’ DNA differed from ours by a mere 0.12%!