The Hotel de Sens, the oldest mansion in the Marais

The Hotel de Sens was the Parisian house of the bishops of Sens.

The built it in 1519 to replace the Hôtel d'Hestomil, which dated from the early 14th century.

The mansion is located Rue du Figuier, in the historical Marais.

The street took its name from a prickly pear tree (figuier) that grew opposite the mansion’s entrance.

The Hotel de Sens boasted a wealth of Gothic and French Renaissance architectural features that beautifully blended together.

It was one of the most luxurious Parisian mansions of its time!

Indeed, it was successively converted into a warehouse, lodgings, laundry and a canning factory from 1864 to 1886!

As a result, by the 1850's the main facade was already ruined.

It's a miracle that the Hotel de Sens should still be standing! 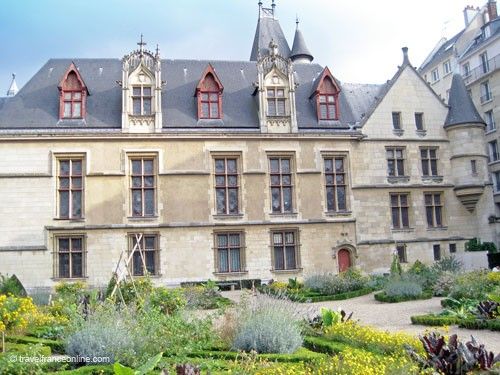 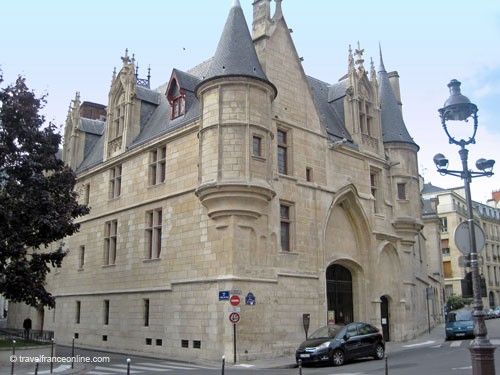 Restoration of the Hotel de Sens

The mansion has since been heavily restored.

The City of Paris bought it in 1911 and embarked in a massive program of restoration.

Unfortunately, part of the building collapsed in 1927 because of the poor quality of the materials used.

A new restoration program, put in place in 1936, was unfortunately interrupted during WWII but resumed in 1958.

Sadly, the fireplace located in the main building is the only remaining 16th century original feature!

The corner turrets topped with conical roofs and the Gothic Flamboyant entrance porch could be saved but are heavily restored.

The gardens are located at the rear of the mansion and are open to the public.

The Hotel de Sens is now home to the Bibliothèque Forney, a library that specializes in decorative arts. 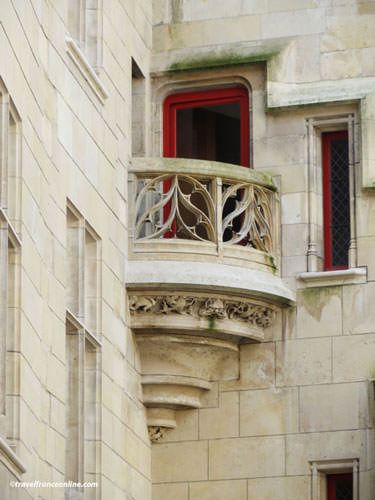 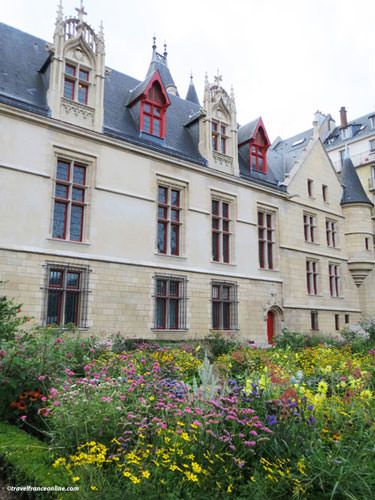 Gardens open to the public 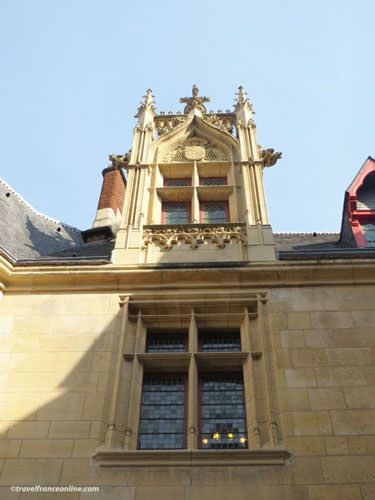 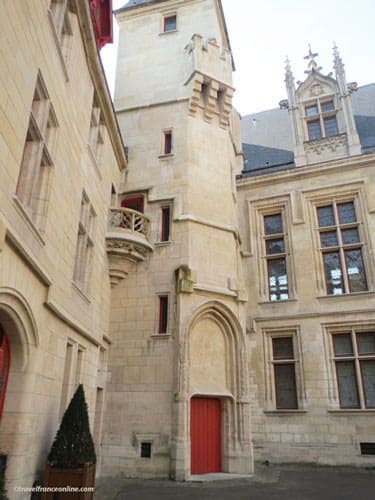 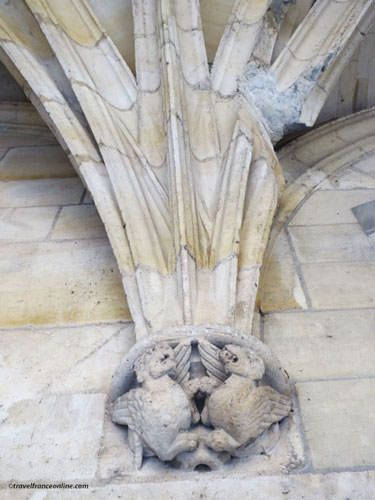 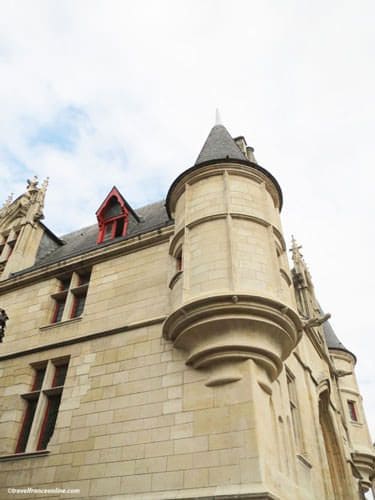