For French people, Halloween is mainly related to All Saints Day - Toussaint on 1st November and the Day of the Dead the following day, both major Roman Catholic celebrations.

Unfortunately these celebrations are sad because of their very nature, but also as they take place at a time of year when the weather is usually cold and dull.

The tradition of the carving pumpkins for Halloween originally comes from Eastern France.

It spread to the rest of the country in the last 20 years or so, as Halloween is also an occasion for a fancy dress party.

The Halloween pumpkin is hollowed out and cut in order to create a grimacing face and is lit from the inside with a small candle.

The carved Halloween pumpkin celebrates the memory of lost souls.

It always gave rise to many legends such as the legend of Jack O' Lantern. 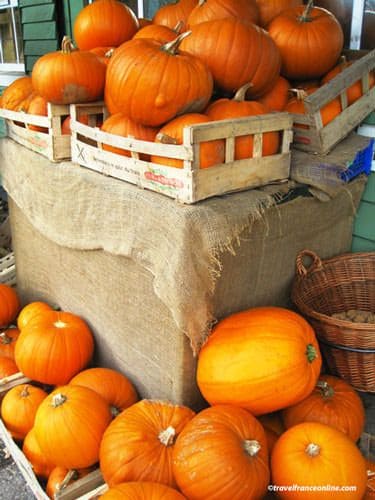 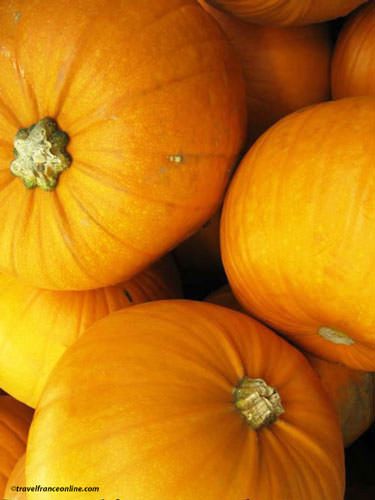 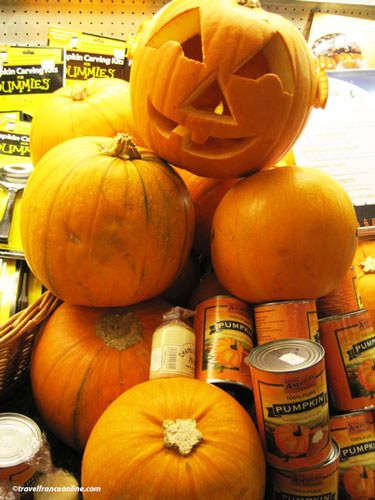 Halloween Pumpkin and the Legend of Jack O'Lantern

Jack was a mean and nasty drunkard who, one evening, met the Devil in a tavern...

The Devil, who thought that he had found an easy prey, proposed to gratify Jack with a series of diabolical powers in exchange for his soul!

Having spent all his money on drink, as usual, Jack said he would make a deal with him on the condition he bought him one last pint.

The Devil accepted and turned himself into a coin so that Jack could pay for his drink.

But Jack tricked him.

He swiftly put the coin in his pocket next to the small cross he always carried, taking off the Devil's power and therefore preventing him from recovering his initial shape.

Jack freed the Devil on the condition that he will not ask for his soul before one year had elapsed.

Twelve months passed before Jack bumped into the Devil on a small country lane but, once more, he was able to deceive him.

He indeed asked, as a 'last favour', if the Devil could climb on a apple-tree growing along the road and get him the best apple.

The Devil agreed and as he climbed on Jack's shoulders to reach the tree, the old drunkard carved a cross on the bark with the tip of his knife.

The Devil was once more tricked; Jack asked him to renounce for once and all to take his soul if he wanted to ever get off the tree.

The Devil had no choice but to agree; Jack removed the cross and the Devil disappeared.

Years later Jack died in the middle of a cold windy winter.

He knocked on the Paradise's door but was turned down because of his life of debauchery and drunkenness.

It was so cold and dark!

Jack had to find a place where to stay so in despair he knocked on Hell's door to seek asylum!

The Devil reminded the drunkard that he had promised to never take his soul and therefore could not accept him either in Hell!

Jack asked if the Devil could at least give him some ember so he could see in the dark...

Jack slipped the little ember in a turnip he had partially eaten, in order to protect it from the cold winter wind and left ...

Since that day, Jack's lost soul has been wandering about...

Turnips instead of pumpkins!

When they emigrated to America during the famine years of 1845-50, they couldn't find any turnip.

Instead, they discovered a local plant that grew in abundance and produced enormous round fruits.

The pumpkin, which not only looked like a head but was easily hollowed out, has since replaced the turnip.

Here are some ideas for carving and creating your own Halloween pumpkin.