The station was named after the US President who commanded the Allied troops during WWII.

It was entirely renovated in 2011. Its decorative theme is international to pay tribute to the USA, but also as it exits by the Rond-Point des Champs-Elysées.

The second theme is modernity. Metal ceiling lamps pierced with holes lit the platforms and showcase the black and yellow colour scheme of the tiles on the walls and vaulted ceiling.

The seats, which come in two styles, are part of this theme; contemporary bucket-style seats in dark grey metal, and standard-shaped yellow seats.

Five touch-screens, designed to accommodate temporary advertising campaigns, are placed along the platforms.

Finally, the name of the station is written not only in French, but also in different foreign languages. 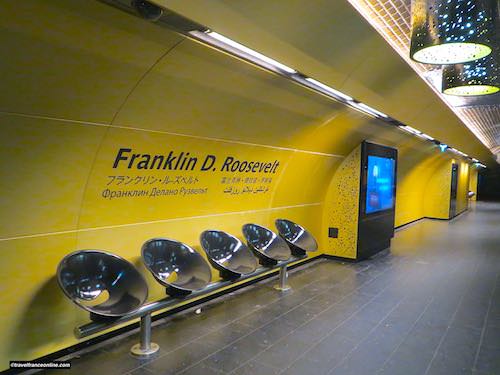 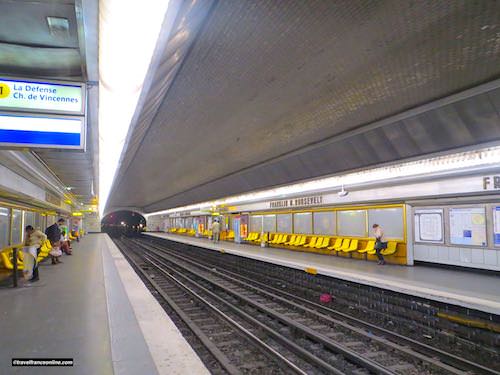 General view of the station

Inaugurated in 1900, it is now fully automated (there's no driver and glass safety screens isolate the rails from the platforms.)

Line 1 connects La Défense, the business district in western Paris to the Château de Vincennes on the south-eastern outskirts.