It has been protected by an AOC since 1972 and an AOP since 2002, and is one of the oldest French cheeses.

Why call a cheese fourme?

The word fourme comes from the Greek phormos, which evolved into forma or (caseus) formaticus meaning mould in Latin, and gave us the wonderful word Fromage!

The use of the word fourme is protected, however, not limited exclusively to the AOP Fourme d'Ambert.

However, it can only be used for cheeses produced in Auvergne.

The legend has it that the fourme was already part of the diet of the Arvernes when they defended the fort of Gergovie against Julius Caesar in 52BC.

The Romans seem to have found it to their taste, as they took over the production after colonizing the region.

The popularity of the fourme never ceased to increase in the following centuries.

In the 9th century, farm animals and products including fourme were indeed carved on the porch of the small chapel in La Chaulme near Ambert. 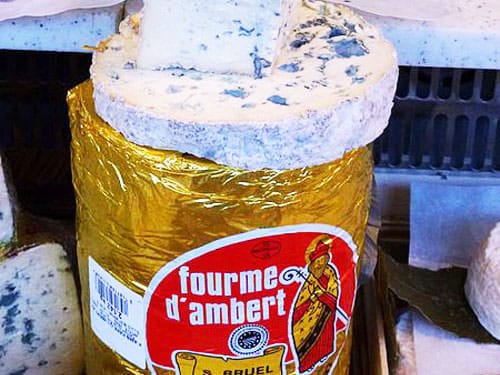 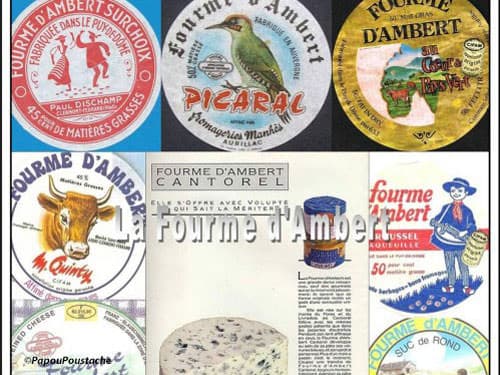 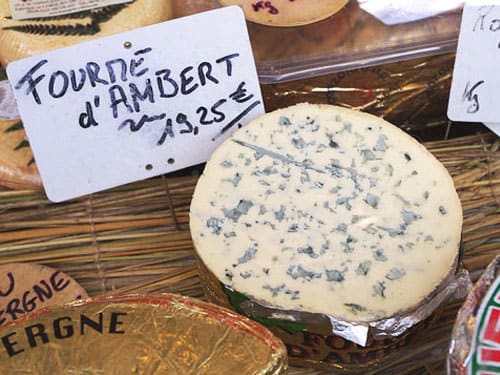 Fourme d'Ambert comes in the shape of a 19cm tall by 13cm wide cylinder.

It has a creamy texture with a soft flavour that turn it one of the mildest blue cheeses.

As with any other AOP cheese, it owes its specificity to its 'terroir' and to the diversified flora of the pastures that gives milk its specificity and its unique flavour.

The method of production of the Fourme remained unchanged until the late 19th century.

Indeed, fourme used to be produced on the farm with the milk of the day.

This farm production took place between June and October when the cattle grazed in the lush meadows.

Women were directly in charge of the production, while men worked in the fields.

Once ripen, the cheeses were sold in the market in Ambert, a picturesque town located in the heart of the beautiful Parc Naturel Régional Livradois-Forez.

The ever-growing popularity of this mild and creamy blue cheese, however, led to an upgrade of the production methods.

By the beginning of the 20th century, local dairies therefore took over the production of fourme.

The size and number of dairies has since dramatically increased.

The production of Fourme d’Ambert has therefore increased 35-fold!

However, the manufacturing of the Fourme d'Ambert goes through a long and skilled process.

Firstly, lactic ferments are added to the milk and will later contribute to the unique texture and flavour of the Fourme during its phase of ripening.

It is inoculated with penicillium roqueforti (the same fungus as Roquefort cheese and Bleu d’Auvergne in order to trigger the development of blue mold.

Rennet, a natural enzyme found in cows' stomach, is then added in order to trigger coagulation.

The curd is then cut in cubs and stirred for a good hour in order to drain and separate the cheese grains from the whey.

During this phase the grains develop a protective membrane which creates tiny corridors between them.

This is where the blue mold will later develop once the cheeses are in their moulds.

These are then stored in a warmer cellar and turned over several times during the day in order to allow the cheeses to drain properly.

They are then salted by hand and placed in a well ventilated cellar in order to dry for another 2 days.

They are then pricked with large needles (prickers); this triggers the development of blue mold.

They are left to ripe in a ventilated cellar for at least 28 days.

The fluffy white fur that forms around the cheeses is regularly brushed; the rind then forms steadily and evenly.

Then it's 'tasting time'!

Some strongly believe that the Fourme d'Ambert is the forerunner of the English Stilton; the Normans would have exported the method in 1066...