Chateau Gaillard, Castle of the Dukes of Nomandy

Chateau Gaillard overlooks one of the meanders of the Seine at Les Andelys from atop on a rocky spur.

The fortress is in ruins, however, it is still impressive!

The river Seine was an important fluvial transportation route during the Middle Ages, as it indeed linked Paris to the Norman coast.

Les Andelys enjoyed a prime strategic position; it commanded the river and the surrounding countryside.

It stood on the land of Richard the Lionheart, King of England and Duke of Normandy... and vassal of the King of France Philippe-Auguste.

Richard was one of the sons of Eleanor of Aquitaine and Henry II of England, and therefore the descendant of William the Conqueror.

Richard and Philippe-Auguste signed a bilateral treaty in December 1195.

This document stipulated that Andeli (Andelys), a territory belonging to the diocese of Rouen, was to remain neutral and therefore couldn’t be fortified.

Richard, however, broke up the agreement!

He built Chateau Gaillard in order to protect Rouen from the attacks of Philippe-Auguste, who was trying to reconquer the Duchy of Normandy.

The conflict between the French and the English was once more revived! 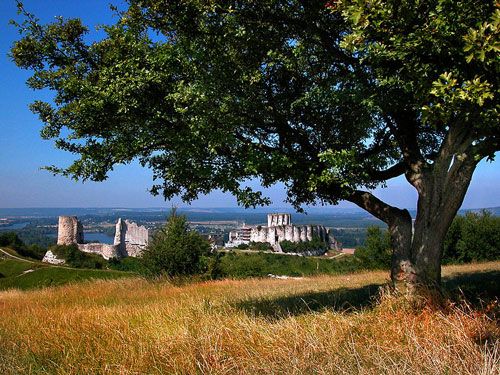 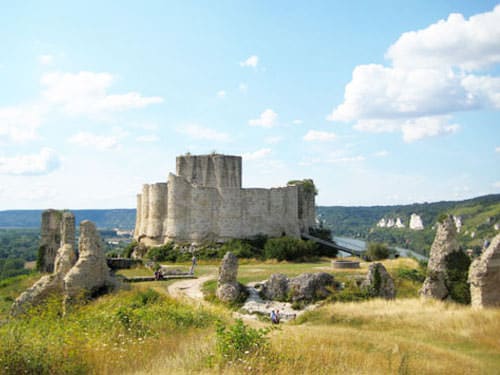 Richard built Chateau Gaillard in record time, in just two years, from 1196 to 1198!

Chateau Gaillard is therefore composed of three enclosures, separated from each other by a dry moat that protect a central keep.

Impressed by this apparently impregnable fortress, Richard would have exclaimed:

This impressive system of defense, however, did not prevent Philippe-Auguste from capturing it in 1204.

This occurred, though, after a lengthy siege during which many soldiers and inhabitants of the village Petit Andeli died of hunger and cold!

Chateau Gaillard changed hands many times during the Hundred Years War, but was definitively integrated to the Kingdom of France in 1449.

Abandoned, it became a den of thieves and highwaymen bandits.

It eventually fell into disrepair and was demolished in 1599 on the orders of King Henri IV.

The ruined fortress was fortunately classified Historical Monument in 1862.

Chateau Gaillard is easily accessed from Paris as it is only 85kms to the west; the road that leads to it follows the valley of the Seine.