The Chateau de Montaigut is located in the Rougier de Camares, a region of red soil situated in Southern Aveyron.

A first wooden fortress was built in the 10th century over an ancient necropolis.

Castrum de Montagut, the outpost which protected the town of St-Affrique from any south invasions, stood on an elongated rocky promontory or puech.

It indeed commanded the Dourdou Valley and the Rougier.

The De Blanc Family acquired the basic outpost in the 15th century.

They added battlements and turrets in order to transform the castrum into a fortress and updated the living quarters.

Montaigut remained in their family until the 17th century.

Jean Rouvelet, the new owner, engaged in a series of more or less adequate transformations.

He successfully enlarged the windows in order to bring more light into the rooms.

However, he recovered the interior walls with plaster!

Rouvelet also replaced some vaults with flat floors and topped the building with a gable roof covered with lauzes (local stone slabs).

A local land owner purchased it in order to accommodate his farmer, who eventually bought it back from him in 1826.

The farmer and his descendants lived in the Chateau de Montaigut until 1918 then left it fall into ruins.

They eventually sold Montaigut in 1946.

By then the castle was in an advance state of ruin as it had also served as a stone quarry after WWI! 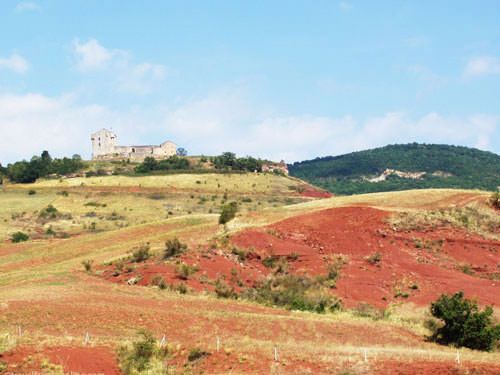 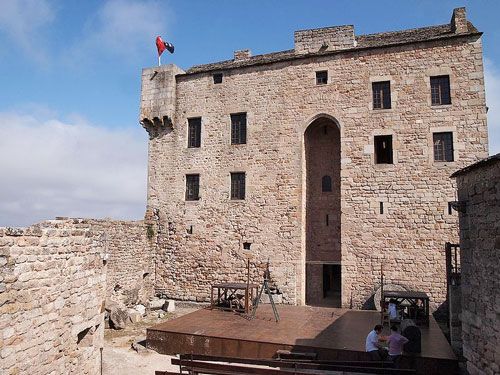 Rehabilitation of the Chateau de Montaigut

Fortunately, the Association des Amis de Montaigut bought the castle in 1968 and have since never ceased restoring it to its former appearance.

They restored the castle, but also the 15th century stables located in the courtyard.

They also removed the plaster off the interior walls in order to recover the medieval architectural features and they refurnished the various rooms.

Children are encouraged to wear medieval costumes before attending an interactive tour-treasure hunt.

You can visit at your pace or with a guided tour that takes through the stately home, the guard room and of course the prison.

One of the most intriguing parts of the tour is the lower level where the early Middle-Ages necropolis was uncovered.

The sarcophagi and skeletons they contain were left in situ.

You basically walk over them as they have been left visible under a protective glass floor.

The Chateau de Montaigut was listed Historical Monument in 1989. 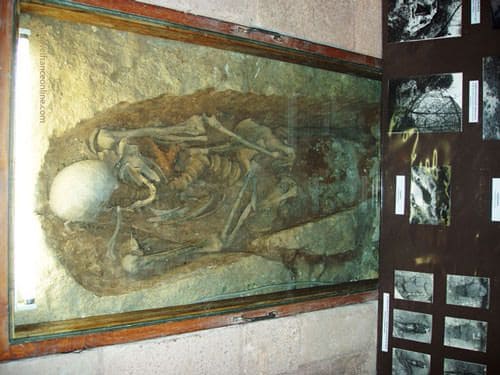