The Chapelle Expiatoire is enclosed within the Boulevard Haussmann and Rue d’Anjou, Rue des Mathurin and Rue Pasquier Pasquier.

King Louis XVIII commissioned the architect Pierre Fontaine with its construction in order to honour the memory of Louis XVI and Marie-Antoinette.

The first stone of the Chapelle Expiatoire was laid on January 21, 1815, on the anniversary of the execution of Louis XVI.

The building was completed in 1826, two years after the death of Louis XVIII.

The Chapelle Expiatoire was built on the site of the Cimetière de la Madeleine.

It only served during the French Revolution in order to bury the bodies of the Swiss Guards executed during the arrest of Louis XVI at the Tuileries Palace on August 10, 1792.

The remains of the 1,343 people guillotined on Place de la Concorde in the terrible months that followed were buried there.

Among these martyrs were Louis XVI and Marie-Antoinette, who were respectively executed on January 21 and October 16, 1793.

The First Empire succeeded the Revolution.

The monarchy was re-established in 1814 after the abdication of Napoleon I.

On May 18, 1815 Louis XVIII ordered for the remains of his brother and sister-in-law to be unearthed and transferred to the Basilica of Saint Denis, the necropolis of the kings of France.

The Chapelle Expiatoire was, however, regarded as a reminiscence of the Ancien Régime in the late 19th century, especially during the Third Republic!

It was listed Historical Monument on July 22, 1914, one week before the start of WWI. 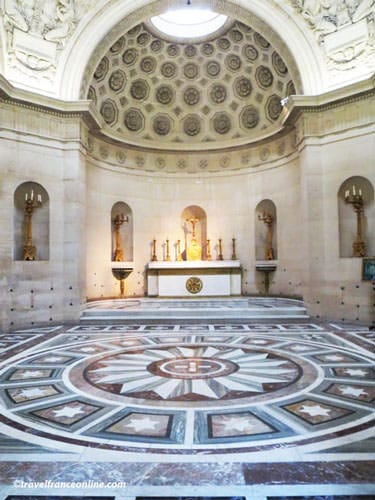 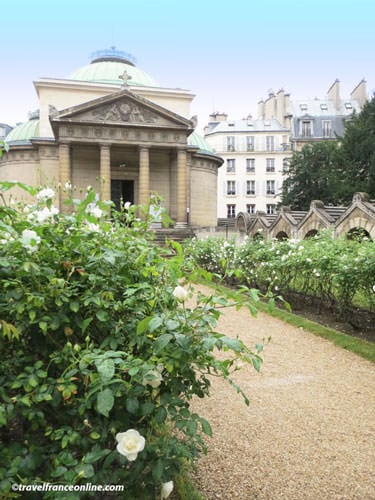 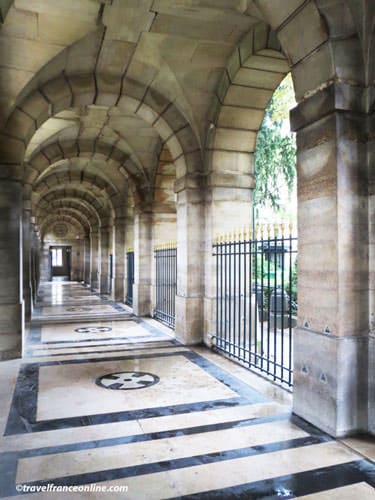 The Chapelle Expiatoire stands at the end of a rectangular enclosure nestled in the Square Louis XVI.

The small public garden was landscaped in 1862 during the renovation of Paris led by Baron Haussmann.

The layout of the Neoclassical Chapelle Expiatoire was carefully thought out in order to reflect the symbolic character of the site.

A first flight of steps leads from the Square Louis XVI into the entrance pavilion.

The vestibule's walls are decorated with garlands and wreaths intermingled with the monograms of Louis XVI and Marie-Antoinette.

A few steps lead up to the memorial garden.

The Campo Santo, as it is known, is a burial ground.

It indeed contains the remains of the martyrs guillotined on Place de la Concorde.

Symbolic tombstones placed on both sides honour the memory of the Swiss Guards.

Each tombstone is decorated with a winged hourglass and garlands of poppies, branches of cypress and oak.

These symbolize the various social origins of the victims of the Revolution.

The central alley is framed with white rose bushes.

It leads to the third flight of steps that accesses the chapel. 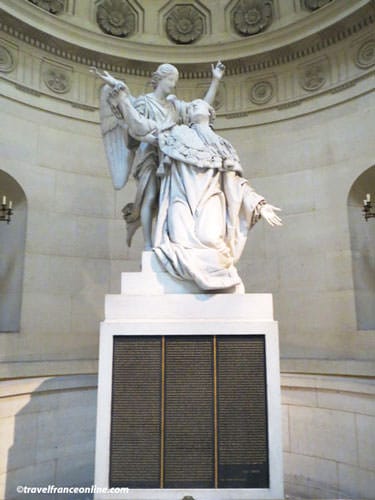 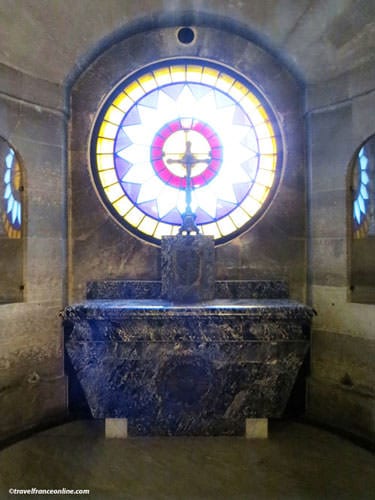 Black marble altar in the crypt 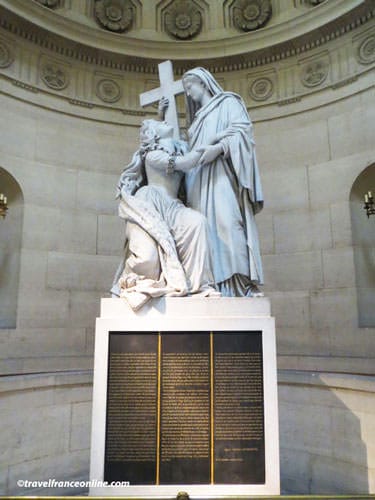 The Chapel is raised high above ground level because it is the focal point.

It was indeed erected over the spot, where the remains of Louis XVI were recovered!

The lavish interior decoration of the Chapelle Expiatoire contrasts with the sobriety of its exterior architecture.

The sculptor Bosio represented Louis XVI supported by an angel.

He also engraved the King’s will on the pedestal.

Her pedestal is engraved with her last letter.

This is the letter she wrote to her sister-in-law Madame Elizabeth.

Two staircases lead from the lateral chapels down to the crypt.

This crypt contains an altar of black marble shaped like a tomb.

It marks the place where the remains of Louis XVI were buried.

A series of wreaths and items belonging to the king are displayed in the sacristy.

They include his folding seat covered with the red velvet of origin.

The visit of the Chapelle Expiatoire takes about 1hour.