You’ll find it near the Templar village of Sergeac, in the heart of Black Périgord and Vallée de la Vézère and a stone’s throw from Lascaux and the Abri du Moustier.

Castel Merle prehistoric site is also exceptional, although less known to the general public - perhaps as it's a family owned site.

It indeed boasts the highest concentration of prehistoric habitats in Europe.

It lies in a small valley, also known as Vallon des Roches, nestled between two cliffs that shelter 6 open caves concentrated on a length of 400m and continuously inhabited for some 83,000 years.

The rock shelters’ ceilings collapsed at the end of the last glacial period, thus protecting the different archaeological deposits and their artifacts.

They brought to light many bone and flint objects and tools, as well as painted, engraved and carved stones dating from the Upper Paleolithic.

The rock shelters that were partly cleared and searched are open to the public; they were mostly named either after archaeologists or landowners of the time. 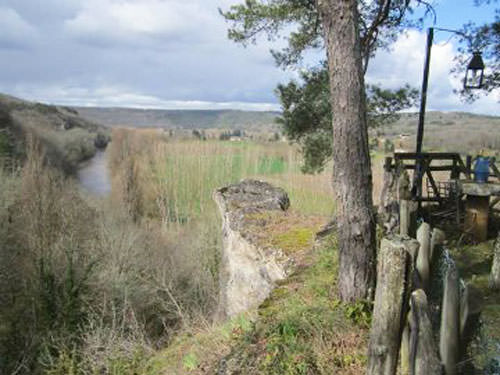 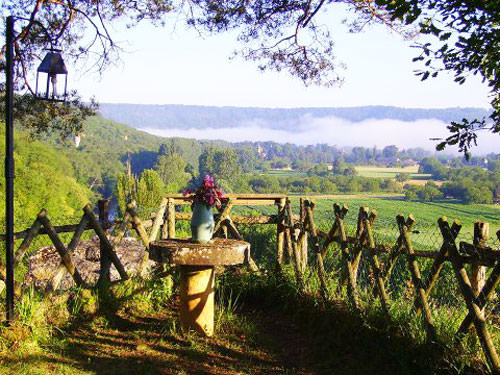 The rock shelters of Castel Merle

Neanderthal occupied the Abris Blanchard and Castanet, on the right bank of the valley.

These rock shelters contained the first paintings ever uncovered from the Aurignacian period, as well as countless mammoth ivory pearls, pierced animal teeth and shells.

The Abri Blanchard is north of the Abri Castenet, on a rocky platform located 12m above the ground.

Cro Magnon lived in the rock shelters of Reverdit, Roc d'Acier, Labattut and la Souquette on the left bank of the valley.

Abri Reverdit features a carved low-relief frieze of the Magdalenian era that depicts a horse, two bison and a bear's head.

It was classified Historic Monument in 1924.

Abri Roc d’Acier was named after the quality of its rock.

The various surveys carried out before WWI uncovered deposits of habitats spread over 100m and dating from the Solutrean, Gravettian and Aurignacian.

Abri Labattut contained an impressive quantity of shaped flint-stone, but also stones engraved with horses, others painted with deer, mammoth, bison, as well as a negative hand.

Archaeologists also discovered the skeleton of a child adorned with pearls and shells.

This shelter was classified Historical Monument in 1931.

It contained a wealth of ornaments at the different stages of their production, such as beads made from mammoth ivory and soapstone, pierced animal teeth and seashells.

The other prehistoric shelters are not open to the public as excavations are still in progress. 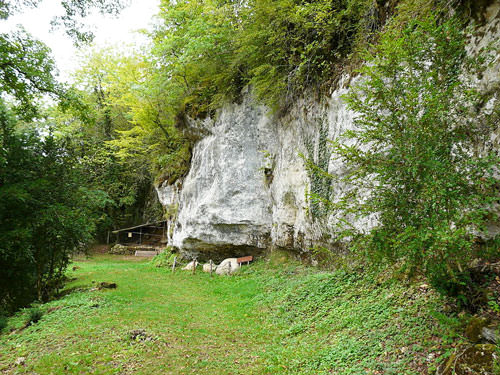 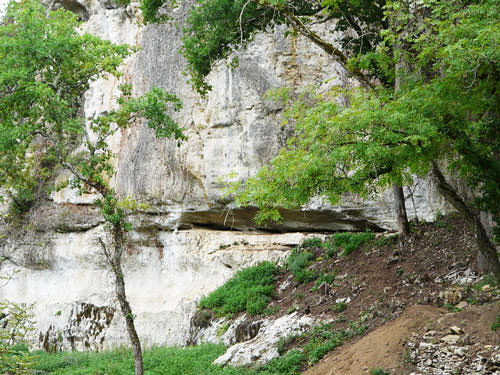 Castel Merle prehistoric site has its own museum and exhibits many artifacts uncovered during the excavations; these includes 6 necklaces from the Aurignacian and Magdalenian eras, which are among the oldest in Europe!

This family owned site* is open to the public (group visits on reservation); In addition to the visits, it proposes various workshops as well as animations to initiate visitors to the everyday life of these distant hunters and gatherers ancestors. 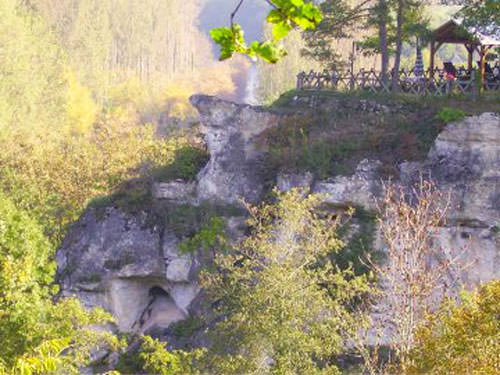 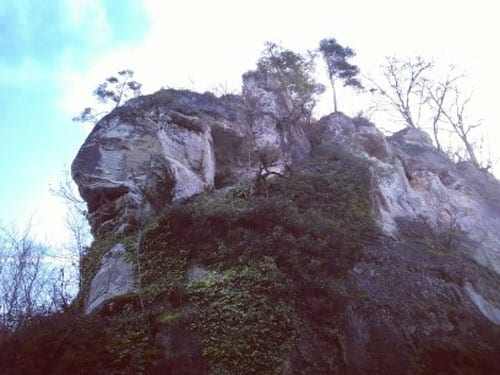