Canuts is a name that evokes immediately one of the most prestigious fabrics, silk!

Canuts were the silk-weavers who worked and lived in the Quartier de la Croix-Rousse in Lyon, the city where the French silk industry was born.

The origin of the name is unsure, but the most likely assumption is that Canuts evolved from the word canette (bobbin thread). 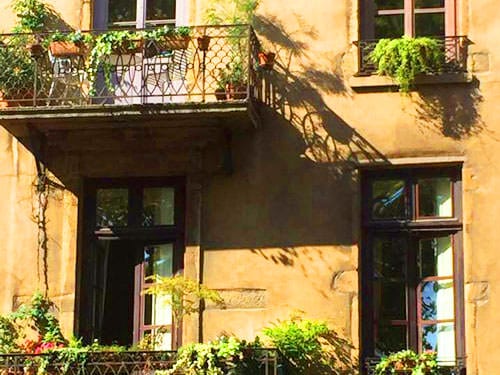 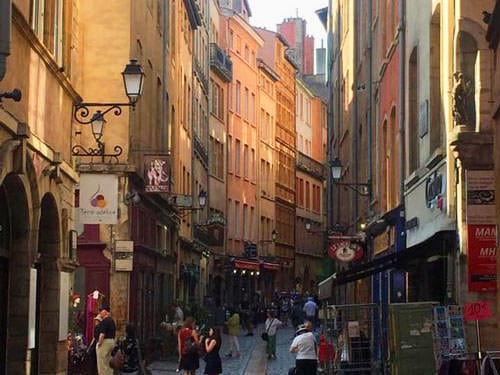 How did Lyon become the French capital of silk?

Silk weaving appeared in Lyon in 1536, under the reign of François I, the great patron of the French Renaissance.

Among the many Italians who settled then in the city, were two silk merchants from Piedmont.

Turquet and Naris opened the first silk weaving workshop that produced the marvelous 'cloth of gold, silver and silk'.

A manufacture was soon founded in order to regulate the production of silk (considered a precious material) and therefore prevent fraud.

La Grande Fabrique, as it was known, regrouped the Canuts and the Soyeux.

The master-weavers or Canuts wove the silk on their own looms; the merchants-manufacturers or Soyeux provided them the patterns and distributed the fabrics.

The Canuts' workshops were in the old town and La Presqu'île districts, while the Soyeux' were based in the Quartier des Terreaux.

Technical improvements and gifted craftsmen ensured the quality and reputation of Lyon silk-weaving industry throughout the 17th and 18th centuries.

As a result, Lyon was ranked among the best European silk-weaving capitals.

The French Revolution sadly triggered the decline of this prosperous era.

Indeed, the nobility and the clergy were no more there to place orders, and many silk-weavers emigrated to Switzerland or Germany.

However, Napoleon I contributed to the revival of the industry when he commissioned the creation of new fabrics in order to decorate his palaces and clothe his court. 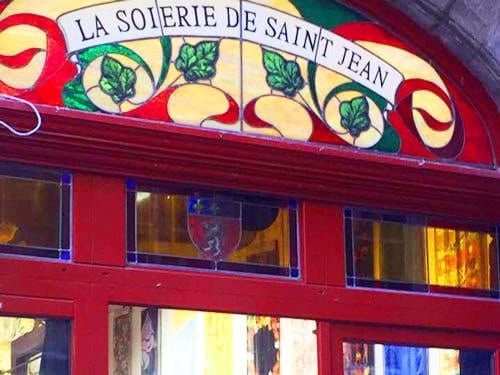 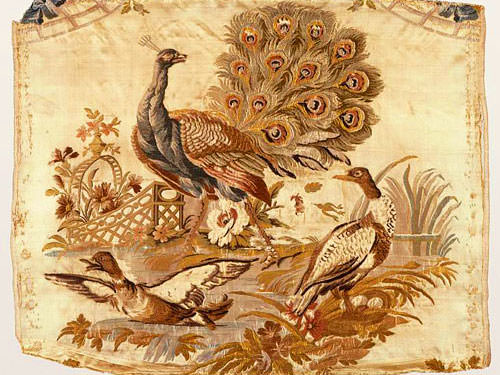 The Peacock - fragment of a silk wall panel

This was when (1801) Joseph-Marie Jacquard invented a new type of loom that revolutionized silk weaving.

The Jacquard loom is indeed equipped with a mechanism that selects warp son using a program registered on punch cards.

As a result, one worker alone could operate the loom.

This technical innovation largely contributed to relaunch the silk industry.

It also obviously provided work to the Canuts of Lyon.

However, the old workshops were obsolete and unsuited to operate these new looms. 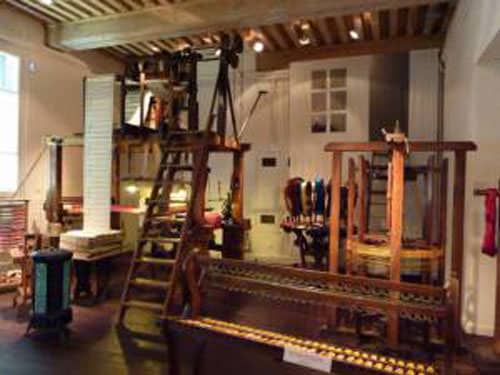 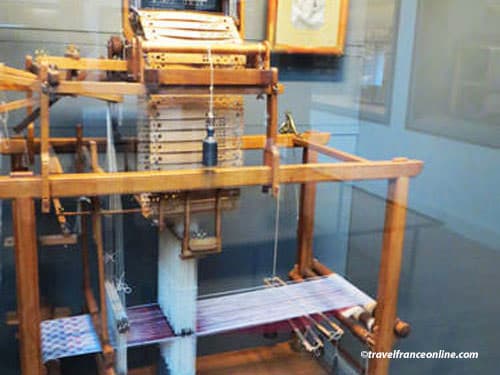 La Croix-Rousse had the advantage of being closer to the Quartier des Terreaux  where most merchants-manufacturers were based.

Finally, the last incentive was that La Croix-Rousse was exempt from the city tax, as it was then located outside the city.

The Canuts worked and lived there, and gave the neighborhood its identity.

However, working conditions were harsh with long hours and poor pay.

La Croix-Rousse became a district of Lyon in 1852.

This led to better working conditions and the continuity of the silk industry.

Indeed, the district was supplied with water and gas and a series of funiculars installed to link the various areas.

Most inhabitants of La Croix-Rousse were Canuts who weaved on one of the city's 15,000 looms.

La Croix-Rousse's population increased eight-fold during the 19th century, and turned Lyon into the first industrial city of France.

Lyon was the undisputed French capital of silk; it exported 40% of its production to England and 25% to the United States of America.

Decline of the silk industry

By the end of the 19th century, the Canuts of Lyon essentially produced high quality fabrics.

They left the weaving of ordinary fabrics to the less skilled weavers installed in the surrounding rural area.

Tragically, WWI led the luxury industry into decline (loss of workmanship and loss of commands!)

Finally, mechanisation sounded the death knell of the silk industry in the early 20th century.

A few traditional looms still remain today, but they exclusively weaved for the French museums' collections and for prestigious orders.

Lyon has, however, retained a vast cultural and architectural heritage from the 'Canuts era'.

A visit to La Soierie Vivante* is therefore compulsory when visiting Lyon!

It is run by the city's only heritage preservation association of silk-weaving industry.

You'll discover Lyon's last two silk-weaving workshops with their Canuts' lodgings, and will learn about the fascinating history of this industry.