Caniac du Causse is a small village located east of Labastide-Murat in the Causse de Gramat.

This striated limestone tableland, that peaks 300m above sea level, is one of the four Causses of Quercy.

It is cut by spectacular canyons, caves and ravines and boasts iconic tourist landmarks.

These include the Padirac Chasm, Rocamadour pilgrimage centre and of course Labastide-Murat, the hometown of Joachim Murat, one of Napoleon's brothers-in-law.

Caniac du Causse might be tiny compared to these towns, but is also one of the oldest inhabited sites on the Causse that shows traces of human occupation dating back to the Bronze Age.

However, the first official recorded mention of the village dates from 624AD. 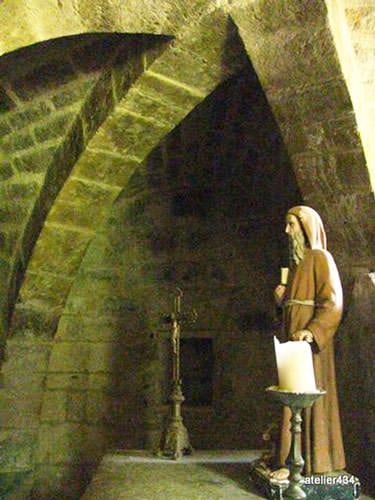 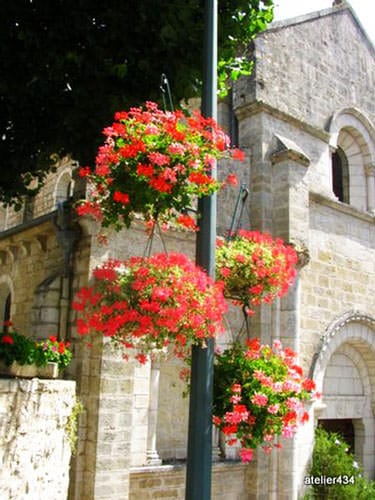 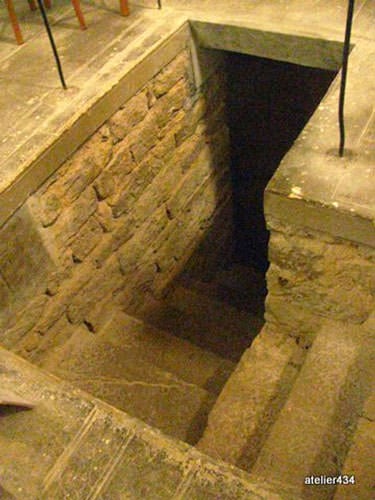 The Eglise St. Martin of Caniac du Causse is placed under the protection of St-Namphaise.

The monk founded a monastery at the Gouffre of Lantouy during the 8th century and retreated there as a hermit.

Amazingly, he spent his days cutting the porous limestone rocks in order to create basins to collect rainwater.

He apparently created over 800 small ponds that provided water for both wild and domestic animals!

In dry land where water is so scare therefore precious, this alone could qualify him for sainthood!

St. Namphaise has also remained renowned for his saintly gift at healing epileptics.

The 12th century crypt, beneath the nave, shelters the holy man' reliquary.

A few steps lead down to the small room where a small ground level window shades enough light to see the statue of the holy man standing atop the large stone tomb that holds his bones.

His tomb is elevated off the ground and therefore allows pilgrims to crawl underneath.

It is indeed believed that scraping shoulders on its underside increases the possibility of a cure!

Caniac du Causse gained more fame after WWII, when it was awarded the Médaille de la Résistance in recognition of the part it played in supporting the local maquis.

The Resistance fighters indeed met in the local bakery and the entire village supported them.