The Maison Guerlain is not only one of the most acclaimed perfume houses in France, but also the oldest.

Any tourist who strolls along the Champs-Elysees Avenue admires the beautiful Boutique Guerlain at no68.

In 1913, Charles Mewes (the architect of the Ritz Hotel on Place Vendôme) designed the mansion, which is today classified Historical Monument.

Guerlain's story, however, began long before.

Pierre-François-Pascal Guerlain was born in Picardy.

He obtained a doctorate in chemistry in England, where he learned to make scented soaps.

In 1828, Guerlain landed in Paris, where he opened a shop on the ground floor of the Hotel Meurice.

However, he established his factory a little back from the city centre, near Place de l’Etoile.

The district was then in the open country! 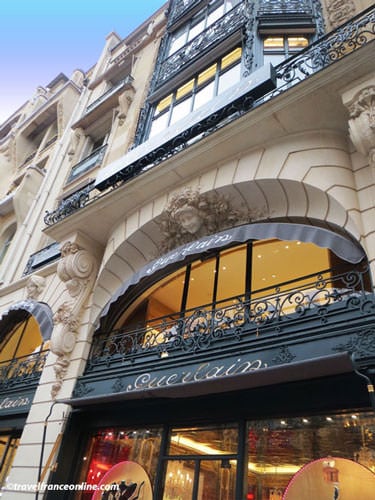 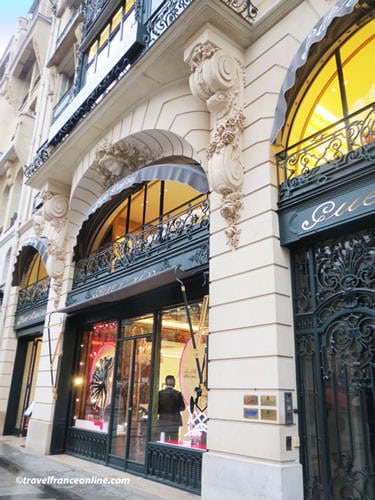 From scented soaps to beauty products and perfumes

Guerlain already stood out from the other perfumers of the time.

He indeed manufactured scented soaps of course, but also a range of scented beauty products such as complexion brighteners, blusher, hair loss and hygiene items!

Finally, he created custom fragrances and unique perfumes, a trade mark the brand has always remained faithful to since!

The ideal location of the Boutique Guerlain, along with the exquisite quality and originality of its range of scented soaps and beauty products, earned it immediate success.

Guerlain was one of the first perfumers to open a store in Rue de la Paix in 1842.

Over the years, the Maison Guerlain created countless custom perfumes.

Among those are the Eau de Cologne Imperiale in 1853, which was dedicated to Empress Eugenie, the great patron of the luxury industry.

Guerlain never ceased to assert itself over the decades and political eras and became the official perfumer of the European courts.

In 1894, the Guerlain House closed its Paris factory and opened a much larger in Bécon-les-Bruyères to continue to produce its wonderful fragrances.

Boutique Guerlain at no68 Champs-Elysées

The magnificent Boutique Guerlain at no68 Champs-Elysées was inaugurated in 1914.

Nothing was indeed spared for the decoration of the building, renowned for the beauty of its Italian marbles from Carrara.

However, at the end of the Great War, French society had drastically changed.

The luxury of yesteryear no longer existed since it had become too expensive, and women claimed their emancipation.

Perfume and beauty products had to be produced for all!

Guerlain therefore reinvented its range of fragrances for this new generation of women.

One of the brand's iconic perfumes, Shalimar, was created in 1925 for the Exhibition Internationale des Arts Décoratifs.

A Boutique Guerlain opened in Berlin in 1926, then another in New York.

On the eve of its centenary, Guerlain was an internationally acclaimed name.

Always attentive to the needs and wishes of its clientele, the brand opened the first beauty salon in the world on the first floor of the Boutique Guerlain at no68.

Such was the notoriety of the brand at the liberation of Paris in 1944, that the American soldiers were lined up outside the boutique in order to purchase perfume before returning home.

The brand also extended its range of beauty products over the decades in order to adapt to the constantly evolving needs of its clientele.

Another shop opened in 1965 at no29 Rue de Sèvres, in Saint-Germain-des-Prés.

In 1984, La Maison Guerlain celebrated its 150th anniversary with the creation of a blusher.

The magnificent Terracotta became an instant best seller in Europe and America!

In the early 1990s, a new factory was inaugurated in Orphins, near Rambouillet, in the west of Paris.

However, the brand ceased to be a family run business in 1994!

He beautifully associated ancient and contemporary decoration features, while focusing on the superb marbles of the building.

Finally, you'll be delighted to know that the Boutique Guerlain has now a restaurant, 'The 68',  ran by the star chef Guy Martin!