Billom is a picturesque medieval town located about 20kms south-east of Clermont-Ferrand.

It grew between the fertile Limagne Plain and the foothills of the Montagnes du Livradois.

This lovely area of green valleys, known as 'Toscane Auvergnate - Tuscan Auvergne’, is part of the Regional Natural Park of Livradois.

The small river Angaud flows through the town, which has been inhabited without interruption since ancient times.

It would seem that Billom was once a timber market.

This is indeed plausible, as Auvergne is a wooded region once known for its charcoal industry.

Billom was also a major stage along the Roman road that linked Lyon to Bordeaux via Clermont.

The Collegiate Chapter of Saint-Cerneuf and chapter school were founded in 751AD at the initiative of Emperor Charlemagne and under the patronage of the bishops of Clermont.

A second district developed around the Eglise Saint-Loup during the 10th century.

The city of Billom was granted a charter of freedom in 1180 and the fortifications were reinforced. 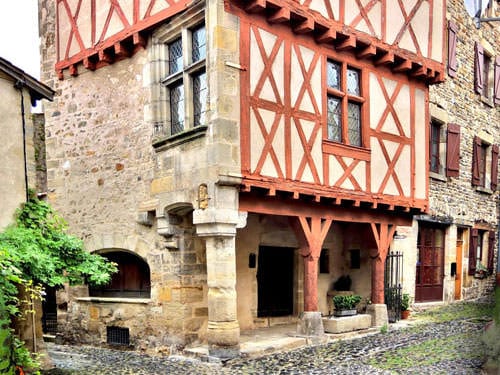 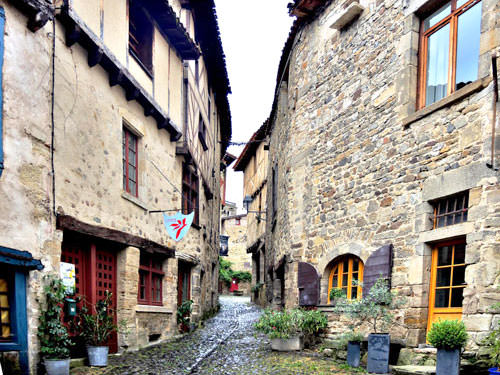 In the late 12th century the Chapter School became an university.

The university of Billom was the fourth university in France after Paris, Toulouse and Montpellier.

It indeed included faculties of arts and letters, civil law and canon law.

It was converted into a Jesuit college in 1556.

This college, the first Jesuit college in France, closed in 1762 when the Order was abolished.

The Diocese of Clermont took over the building in order to found the College Royal.

This establishment closed in 1886.

It became the Ecole Militaire des Enfants de Troupes, a military preparatory school which operated until 1963. 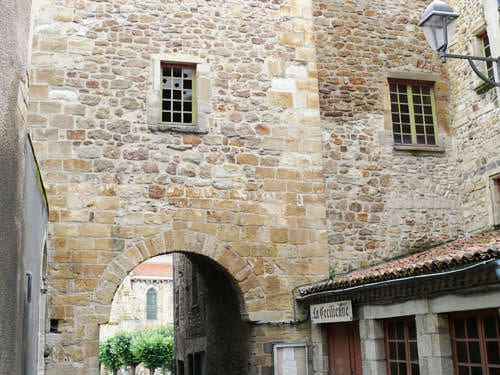 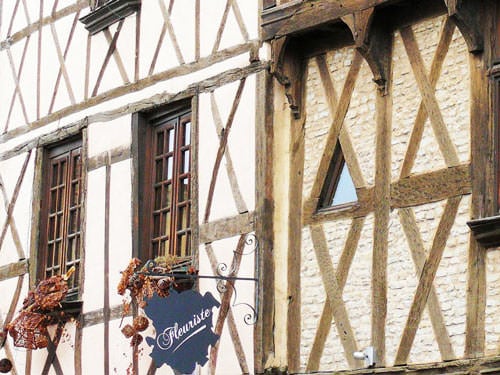 Billom’s main economy, cultivation of hemp and production of ropes suffered a sharp decline during the 19th century.

The opening of the railway line, however, contributed to the revival of its economy and development in 1875.

Billom has always been a major market town.

Its weekly market has indeed been held since the 15th century.

Furthermore, its Commercial Court operated from the 16th century until 1999!

Modern day Billom benefits from its prestigious neighbour and capital of Auvergne, Clermont-Ferrand.

It has also specialized in the culture of garlic, a thriving sector that has earned it the national label ‘Site Remarquable du Goût’. 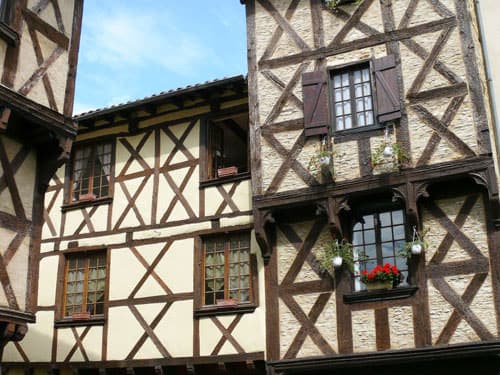 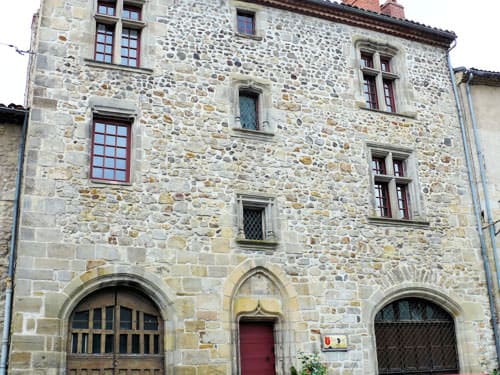 Medieval Billom therefore boasts many half-timbered buildings, some dating from the 13th and 14th century.

Many are classified Historical Monuments.

However, it has retained its Romanesque crypt and superb murals.

It was a major site of pilgrimage as it used to own a casket containing the Saint-Sang (supposedly Jesus’ blood).

The Maison du Boucher, Maison du Chapître and Maison des Echevins were all built during the 15th century.

Those who like nature will enjoy the Jardins de la Croze.

This superb set of private gardens were indeed landscaped in the park of a medieval manor-house.

The mansion belonged to the House of La Tour d’ Auvergne, Counts of Auvergne.

Their coat of arms still adorn the facade.

The Jardins de la Croze include a romantic park garden, a formal garden or jardin à la Française, a vegetable garden, an orchard and a rose garden.