It corresponds to the lunar month that starts with the New Moon following Easter, generally between April 5 and May 5.

The name of Lune Rousse – Ginger Moon doesn’t reflect the colour of the moon.

It warns that all young shoots turn into a rusty colour if they get frost damaged during the night. 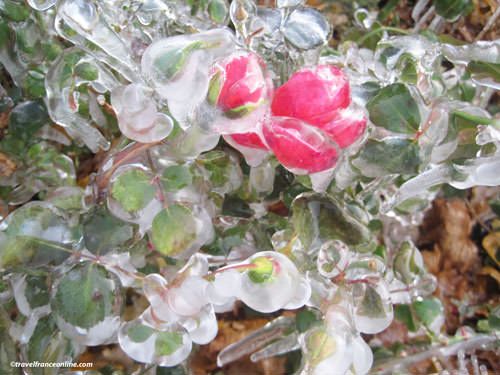 In France, April Frost is also associated with the Saints de Glace - Three Saints. St-Mamert, St-Pancrace, St-Servais were celebrated on May 11-12-13, when late frost occurred during the half moon.

Back in the 6th century, when this religious tradition began, France was predominantly rural.

People indeed lived at the rhythm of the seasons and weather affected crops.

People prayed Mamert on the 11th, as temperatures generally dropped during the night and destroyed the young shoots.

But Mamert was often unable to help them, so they invoked Pancrace and Servais on the 12th and 13th.

People don't invoke them anymore, but there's still a risk of frost during these three nights.

May 11th: Attention, le premier des Saints de Glace, souvent tu en gardes la trace - Beware of the first of the Three Saints, as it will left its mark. 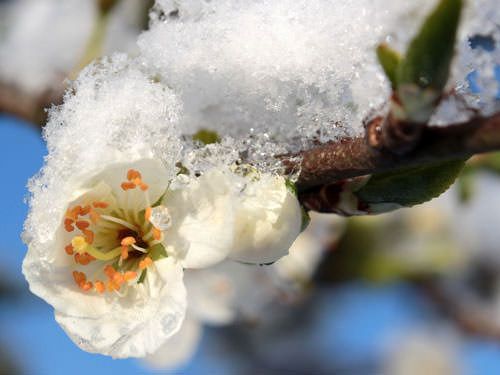 The last frost of the year in other regions

In some regions, where temperatures are harsher, the last frost of the year can occur later.

People used to say that:

Le bon Saint-Boniface, entre en brisant la glace - Good St. Boniface has to break the ice to get in.

French names have evolved since the 6th century. Mamert, Pancrace and Servais became obsolete and Ste-Estelle, St-Achille and Ste-Rolande replaced in 1960.

The dates for the Lune Rousse and the Saints de Glace are registered on the French calendars and are very useful to gardeners.